DOING TOURISM WITH THE PEOPLE OF THE VAAL RIVER AT PNIEL

By Thabo Mothibi On Aug 12, 2022
Vaal River At Pniel Farm: The locals call it "The Bend," for it's a strikingly fascinating spot where the river hits a bend, snaking towards Barkley West.
0 14,189
Share

By the river, this is where the people have always lived. Nestled on the banks of the Vaal River, the settlement of Pniel lying between the diamond city of Kimberley and the town of Barkley West, is a cynosure of African history and provides a wide range of insights into ancient architecture and culture.

In visiting Pniel Farm, the history and archeology enthusiasts are set to be held spellbound. Most definitely set to be gripped by a pre-colonial chronicling and the 1840s arrival of the Lutheran Church’s Berlin Missionary Society where they established a Mission Station. Interestingly; the generation of inhabitants that endured the forced removals in the 1950s and onwards is still at hand to give an account.

Be geared for the veld. Have your feet covered in hiking boots for a trip with the friendly grandfather and grandson duad of James and Kabelo April, in being shown around Pniel’s most fascinating sites.  Relics of the mission station and the stone walls beguiling Pniel as an old habitat of utmost significance are still to be found. The various gravesides evidences the people of the land having been shunted around from fertile land to barren across the R31 route.

One of South Africa’s leading historical figures, Sol Plaatje’s pre-teens can be traced back to Pniel where he had displayed an early linguistic ability in having remarkably learned Dutch and German from the missionaries as a pupil-teacher. The surrounds of the mission station have also been proclaimed as an archeological heaven on earth.

Back to the April doubleton and with Kabelo in the lead; we trekked to the old Mission Station that used to be known as “Ou Plaas.” This is sacred ground that echoes life at Pniel as a utopia. It provides a deeper bond with the land and sparks a magnetism that mirrors a harmonious cohabitation between the cattle and sheep herding Go-Ghaap area’s Koranas and the sophisticated irrigation agriculturalists; Batlhaping-Ba-Batswana that drew water from the Vaal River.

The remnants of the happy feasting times at this historical cultural “melting pot,” are still ingrained in Pniel to this day as characterised by its inhabitants.

The language fluency in the shift from Afrikaans to Setswana that illuminates the story telling of Kabelo and his grandad James is the stuff of dreams that connects local people with the immersing of ancient history into tourism. It is in their multilingual gift of the gab that the ancestral intermarriages of the Korana and the Batlhaping at Pniel finds its current day expression.

Genetics should not deceive you when at Pniel. At Volskuin, where the river often overflows, history further defines itself when interacting with the elderly and a victim of the forced removals, Dawid “Cox” Swarts, who equally finds great comfort in expressing himself in both languages. Dawid is quite welcoming, leisurely catching fish on the banks of the Vaal River. He knows his fish species like the back of his hand.

With Dawid having created his own safe and flat spot on the riverbank, he explained that it is his way of entertaining himself following the loss of his sweetheart over the past two years. He will enthrall you with anecdotes of the Vaal River that will leave you in stiches.

Visit Pniel and be captured by its history, people and the fascinating Vaal River sightings by calling Kabelo April at 063 628 1393. 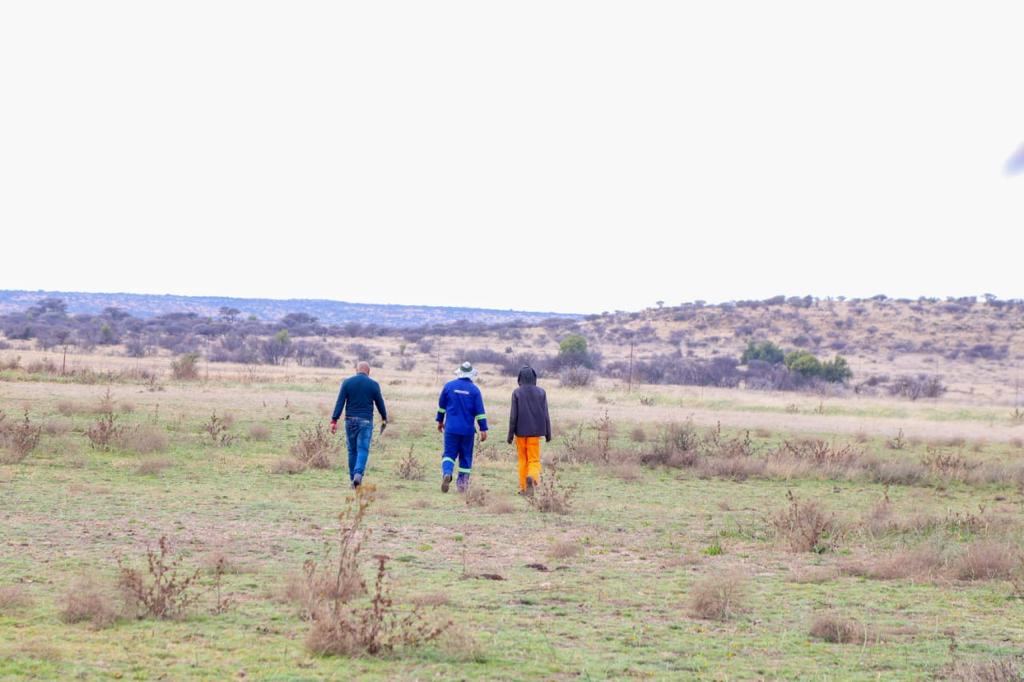