Kimberley: Throngs of employees from the Department of Sports, Arts and Culture have made a spirited call for police to make a breakthrough in the investigation of their murdered colleague Chareen May-Augustine.

This following the widely known May-Augustine having been found dead by a relative at her Stamford Street residence on Saturday, 20 August 2022.

An autopsy compelled the police to investigate a case of murder amid an inquest having been opened into her death. Her cause of death pointed to having been strangled.

The colleagues of the slain mother of three displayed a united camaraderie front in large numbers during a picketing protest action in calling for the perpetrator to be brought to book soonest.

Some pointed out that it has been 18 days since her killing and that the tell tales are aplenty for police to pounce on the suspect.

Their key hashtag on placards displayed was reading; #SayHerName with others being #GBV #femicide

It is also believed that police are set to call on colleagues and the general public to volunteer information on May-Augustine’s private life circumstances.

Apart from having been a staunch unionist and shop steward of the National Education, Health and Allied Workers’ Union (NEHAWU) which is a COSATU affiliate, Seshi as she was a affectionately known, endeared herself as a diligent employee and respecter of all persons. 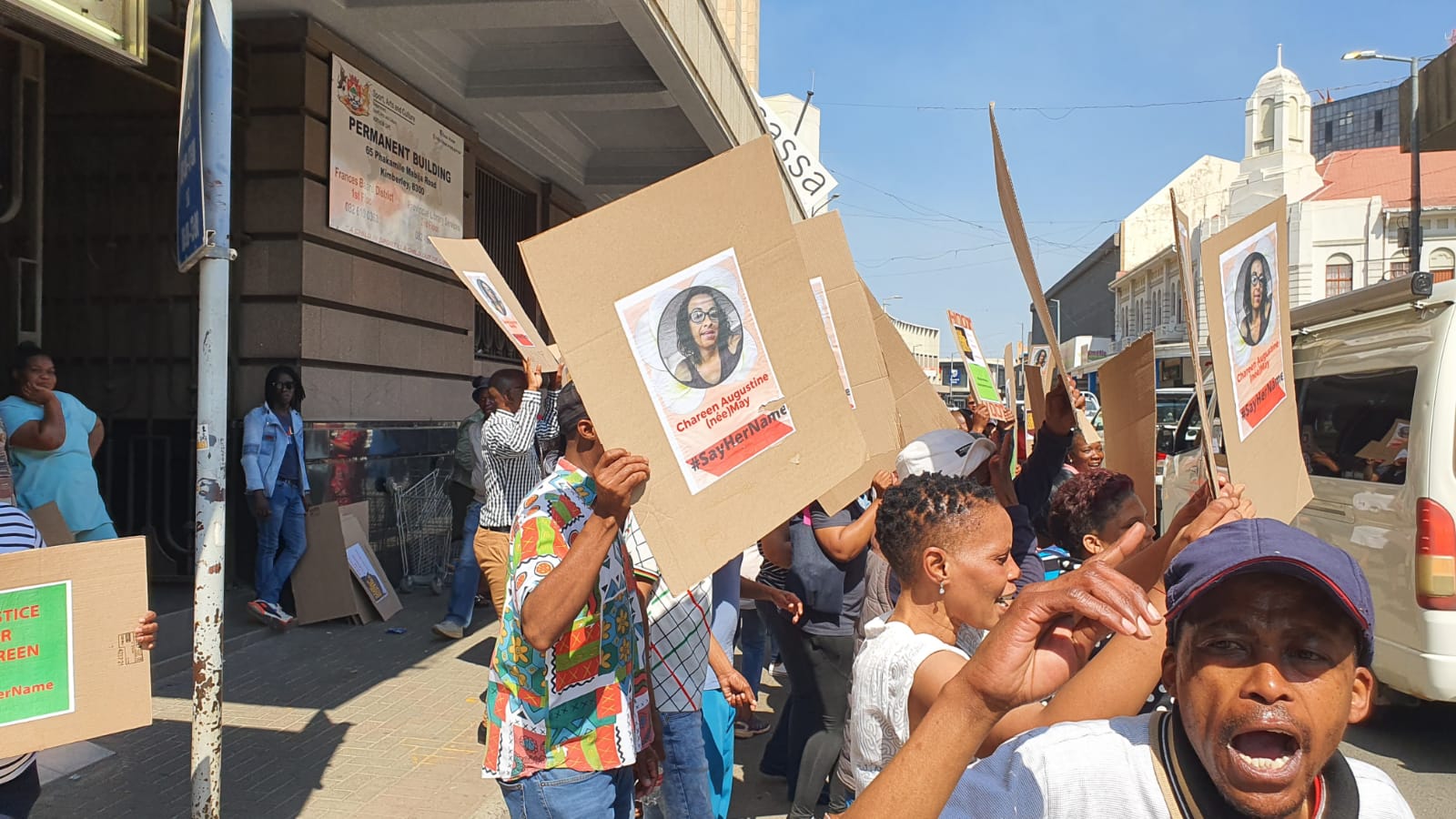 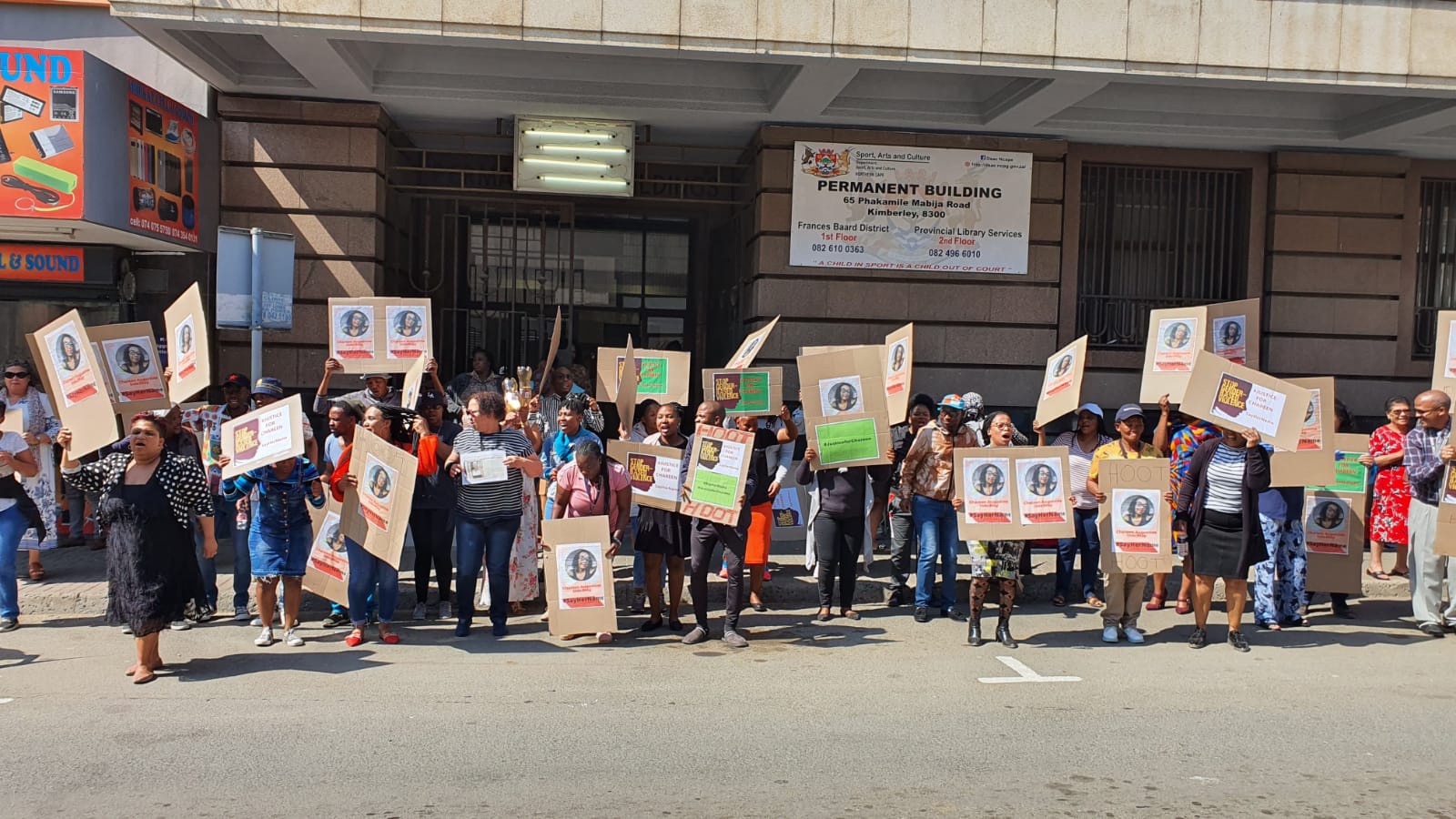 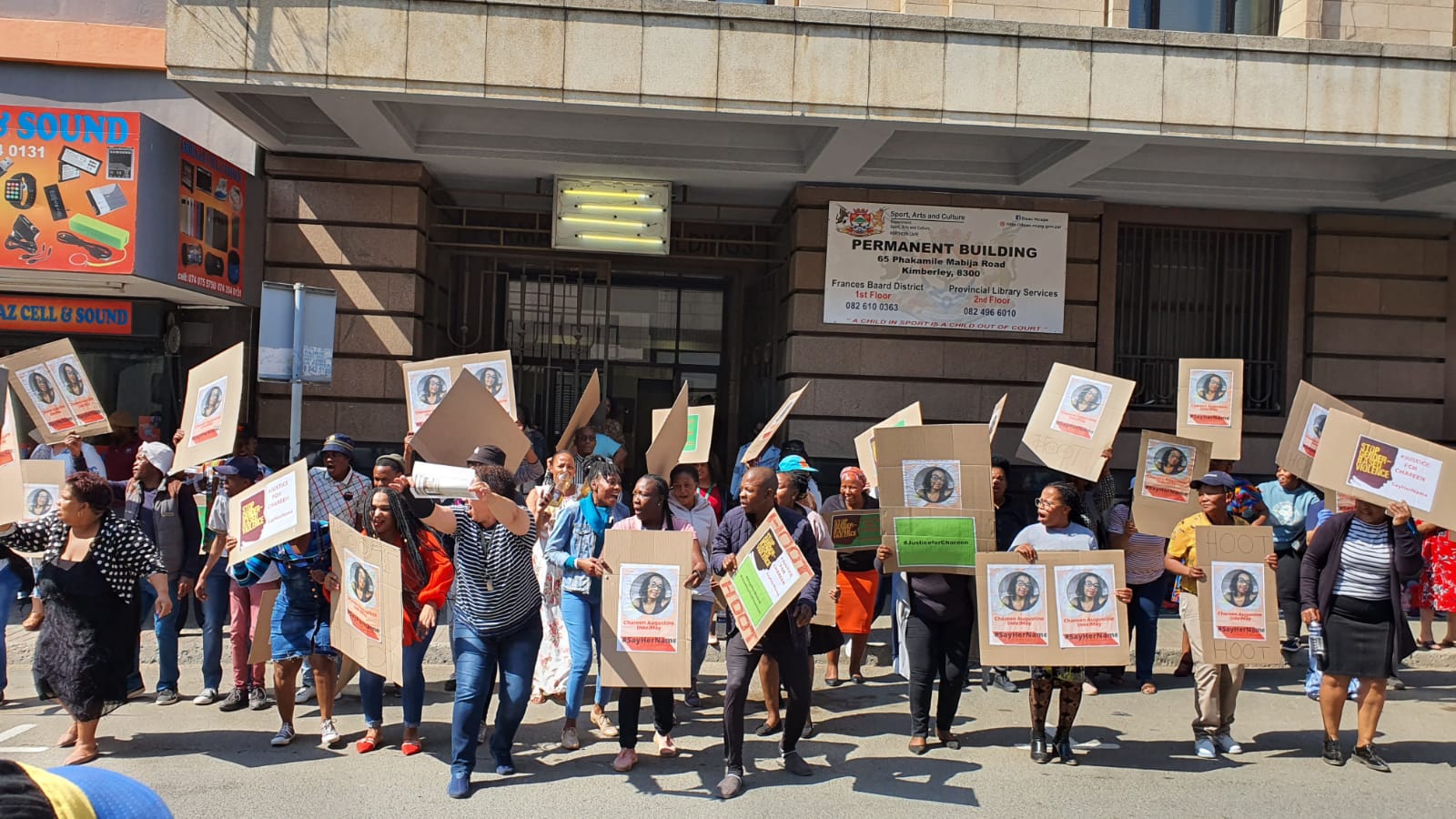 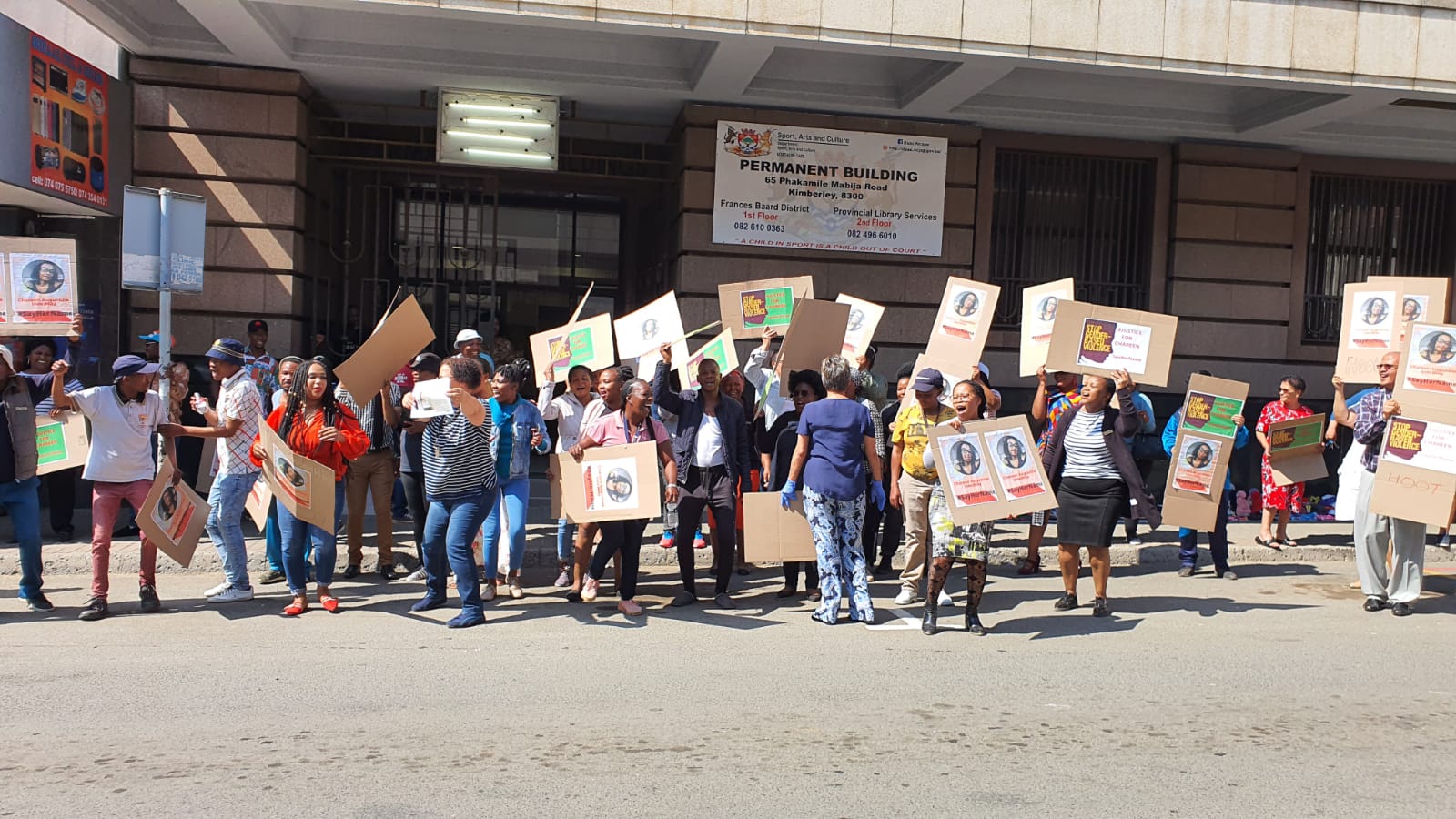 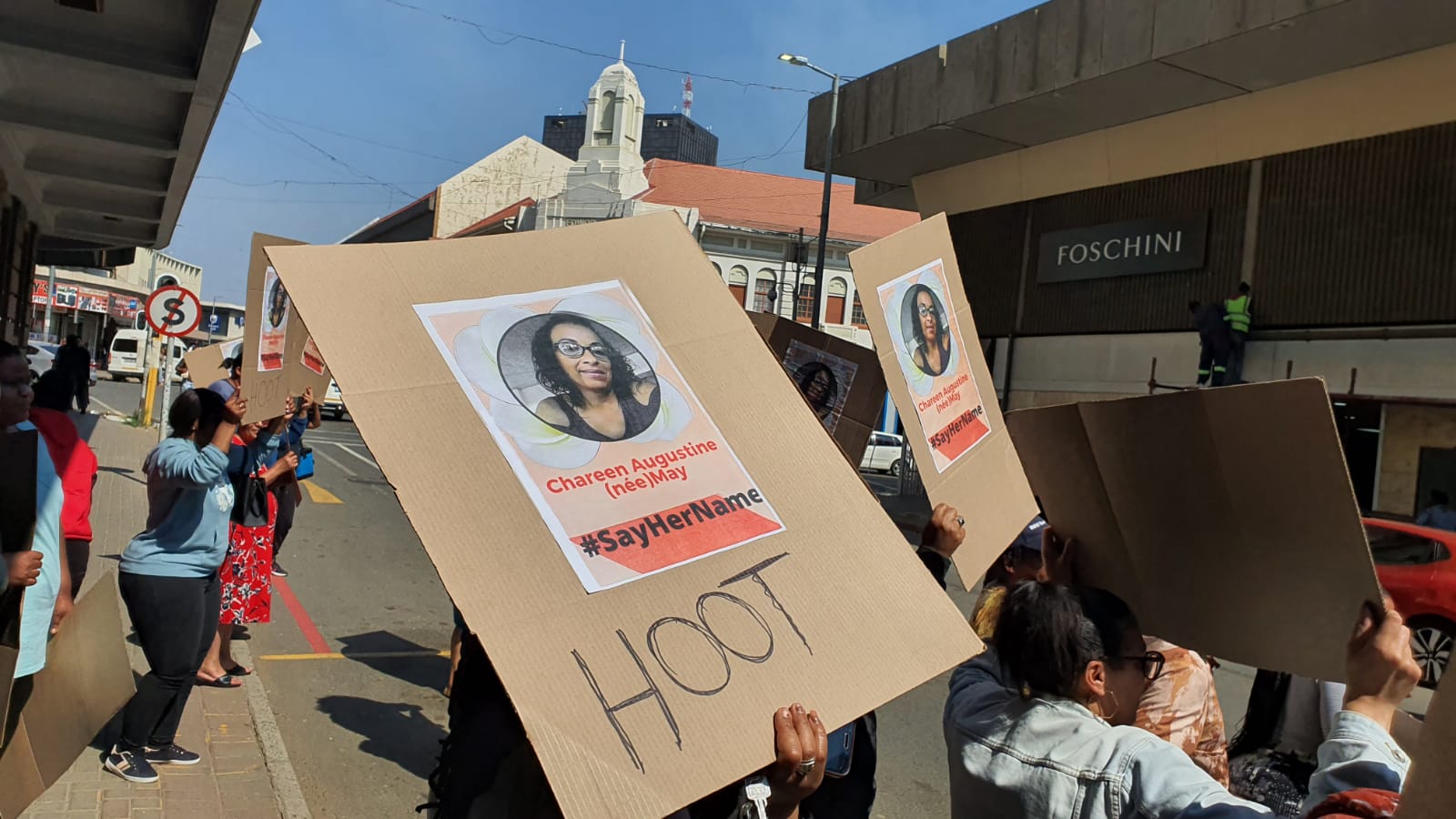