The Northern Cape’s Khomani-San owned and staffed !Xaus Lodge and the vast !Ae!Hai Kalahari Park where it is based at, have drawn universal acclaim. The twinkling night sky and the thrill of the stars that envelope this Kalahari Desert destination, glitters in the National Geographic Best Trips 2020.

The flagship network that is largely nature oriented and boasting a TV audience of 85 million people across the globe, released the list of the planet’s 25 best trips on its National Geographic Traveller newsletter, the digital issue and is also expected to be in the print version that is set for the shelves by the 26 of this month.

“One of only a few International Dark Sky Sanctuaries, the vast 120, 000-acre !Ae!Hai Kalahari Heritage Park is among the world’s darkest places. Year-round stable temperatures, extremely low humidity, virtually zero light or sound pollution, and lack of cloud cover make the park one of the planet’s best stargazing destinations.

“Stay inside the park at the 12-chalet !Xaus Lodge, staffed and owned by the Khomani San and Mier communities. Use the telescope on the open deck to observe the Southern Cross and other night-sky sights unique to the Southern Hemisphere,” asserts Ana Hogas of Nat Geo Travel.

For those ready to disconnect from today’s modern lifestyle and enjoy the Dark Sky Sanctuary, She recommends a two nights stay in between August and September.

!Xaus Lodge and the park are part of a string of tourism enterprises found along the Northern Cape’s Red Dune Route which boasts a large number of hotspots that are owned by the sector’s previously disenfranchised. In a land claim settlement some 19 years ago, the South African government bought 6 farms for the province’s indigenous Khomani-San.

“It is a positive new tourism story for South Africa. We are thrilled that a community owned tourism operation is adding to the good news stories of great places to visit in South Africa,” enthused Eleanor Muller of Transfrontier Parks Destinations.

The United State’s Grand Canyon National Park in Arizona which has also been featured in the list of 25 had to play second fiddle to the Kalahari’s Dark Sky Sanctuary’s marvelous stargazing experience in a poll conducted via the National Geographic’s Facebook social media platform. 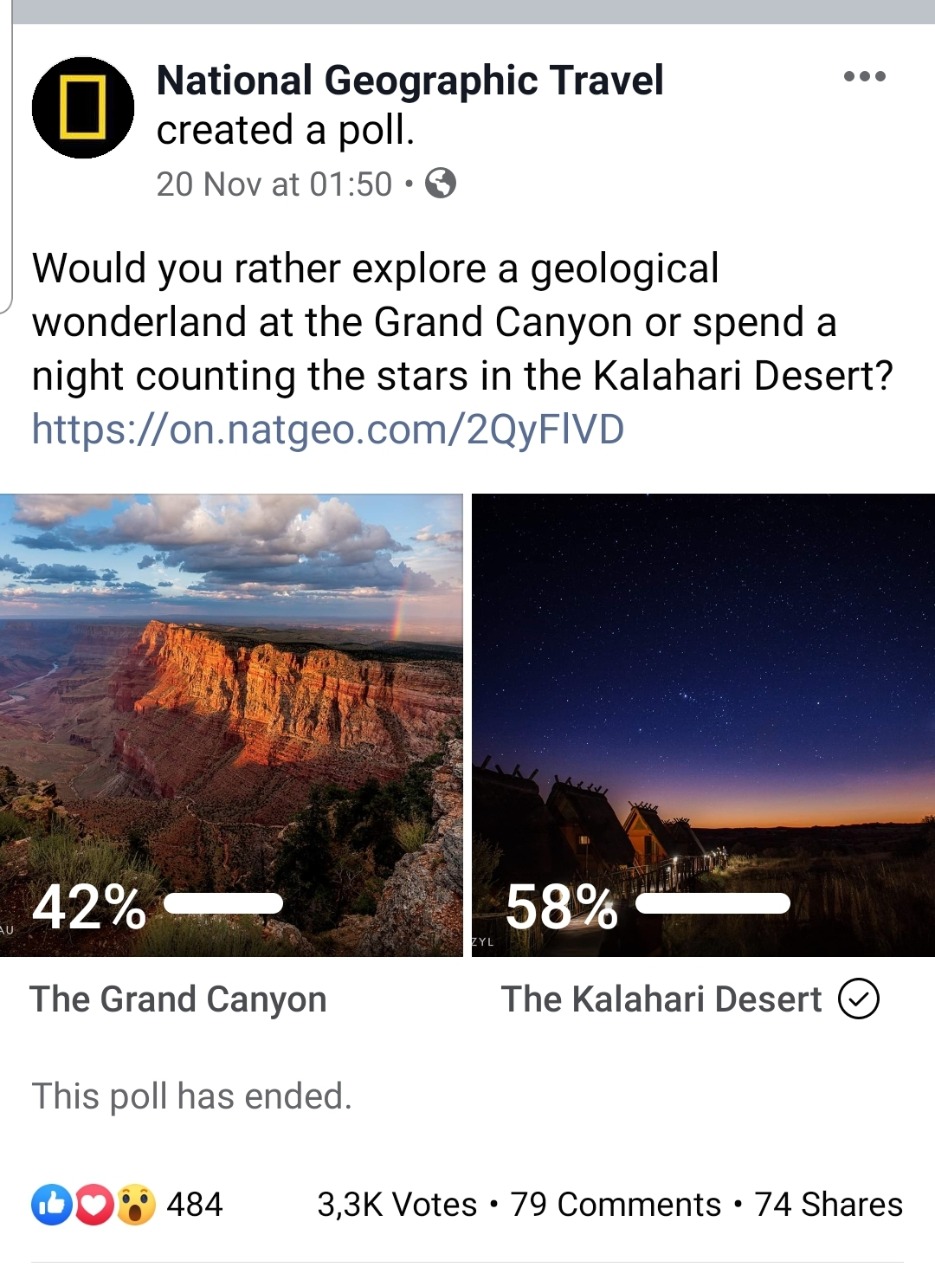 “NO PUBLIC PLEASE” FOR LAND SPEED RECORD TESTS BUT 2020 RACE…