PHELOPHEPA HEALTHCARE ROUNDS UP 2018 IN THE NORTHERN CAPE

South Africa’s pro-poor primary health care and mobile Phelophepa-2 train is heading for the Northern Cape’s town of Ritchie amid having drawn over 3500 patients during its two-week stay in Kimberley this week. The stopover at the Modderrivier Train Station on 3 to 14 September, will be followed by the train’s last mission for 2018 with a visit to Upington from 17th to 28 September.

“Because of the overwhelming numbers in Kimberley, we hope to visit the city again next year. It all depends on the routes and schedules of the two Phelophepa trains. From October to the end of the year, we will be back in Cape Town working on our planning, maintenance and refurbishment for the new year,” explained Phelophepa manager Lynette Flusk.

Hundreds of mainly elderly Kimberley residents have been braving the cold and queueing for services at the Kimberley Train Station.

However, freshly bespectacled Pescodia resident Catherine Koopman who had overnighted at the station by sleeping on a bench, was evidently excited to have received her two pair of spectacles. “I have got nothing to complain about. Check this, my one pair makes me look like Flora of Generations (grey-haired Ivy Nkuna who plays Gog’Flo in the SABC1 soapie Generations: The Legacy). I can now read and see farther away.”

A much younger Letshego Tire who has been forced to lessen his designing activities owing to a heavily strained eyesight, also expressed his eagerness in enduring the long wait. “I have undergone an eye-test and treatment. I cannot afford the R3 700 spectacles with their special lenses as prescribed and Kimberley Hospitable could not help me hence I am optimistic that Phelophepa would.”

Over 670 optometric prescriptions were issued in Kimberley last week only.

Meanwhile, Flusk indicated that they would welcome efforts from non-governmental organisations in partnering with them in providing shelter and refreshments like soup for the elderly when overnighting.

“It is very difficult to discourage the elderly from sleeping over. Should we do so, they might sleep at nearby open areas whilst here at the station we provide security.”

The two custom made Phelophepa trains are funded by rail company Transnet to the tune of R38 million annually and have to date since 1994 provided basic health care to 20 million people; largely rural and poor . It is manned by volunteer professionals and students in optometry, dental, psychology and health care. It has also been bestowed with international awards such as the United Nation’s Public Service Award, the most prestigious for excellence in public service. 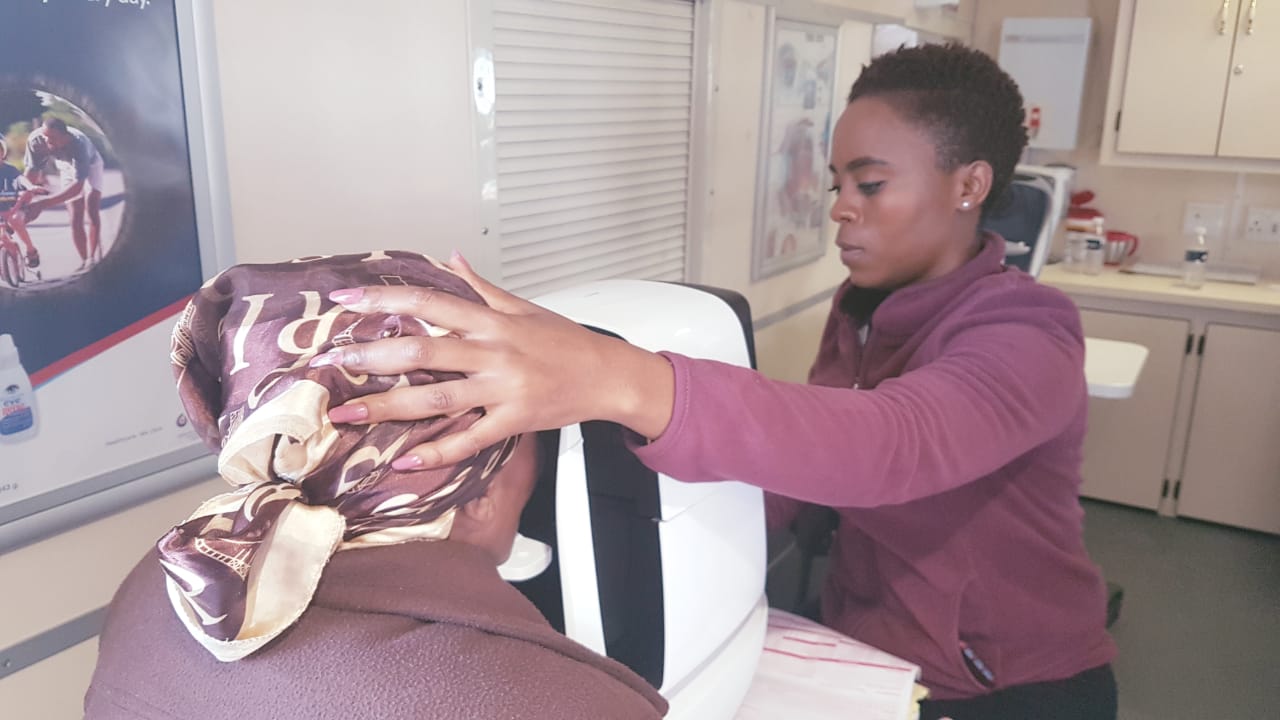