Carnarvon High School grade-11 leaners Amy-Lee Visagie and Chrislin De Koker will immerse themselves in the beauty and elegance of the French city of Nice – a tourist attraction and hotspot of the European elite – for a weeklong stay that starts this weekend. According to De Koker it is a case of “a dream come true” which best explains being a first time flyer, jetting off to a sought-after foreign destination and having a lifetime experience that connects you to your desired career.

Why the manna from heaven? They got rewarded for their passion for tourism which they bonded with from classroom to their own backyard of astro-tourism. The two learners are proud winners of the National Global Travel & Tourism Partnership South Africa (GTTPSA) competition, a global body that has unleashed a voyage into creating tourism awareness amongst the youth of its 14 member countries.

Visagie and De Koker bagged their air-tickets after making it through with flying colours in their presentation of a research piece into Innovation in Tourism and their take was on the benefits for local communities derived from Sutherland’s Southern Africa Large Telescope (SALT) and Carnarvon’s Square Kilometre Array (SKA). They will represent the country at the annual International Travel and Tourism Student and Teacher Conference set for Nice.

“Ever since I was a little kid I wanted to travel the world and this project has made it all possible. All I can say is that I am grateful. It is nerve-wrecking but I am excited,” said a bespectacled Amy-Lee Visagie who is not gazing into a future of being an astronomer but that of a travel writer.

“This experience has been a great one for us because we never thought we could come this far…from a small town like Carnarvon to win something this big. I want to become an airhostess and this is going to be my first experience in an aeroplane and to finally see how it is going to be for me to stand there.

“We thank all the people (sponsors), without their support we would not have come this far.  This is really a big opportunity for us even though we have had sleepless nights and panicked about things possibly going wrong. It was nice seeing what we could do with our talents and we have enjoyed it,” said Chrislin De Koker, the aspirant globetrotter.

With stars in the open skies, they will take off from O.R Tambo International Airport tomorrow night on a Dubai bound flight and connect with one that will fly them into Nice. It is a case of second time lucky for their tourism teacher Christo Fieland who missed out on winning the competition as a learner but got the two to enter it.

“This is about development in the subject for me and the learners. There is going to be different countries and all of those countries are going to present their findings into innovation in tourism and I will be able to use those findings (in the classroom) when I return to South Africa.”

GTTPSA’s national director Elsabe Engelbrecht was equally enthusiastic: “The two girls and their teacher did exceptional research on this topic and will present their findings; the case study they did, the swot- analysis of what are the opportunities, threats, weaknesses and strengths on how astro-tourism can be developed and advanced for the benefit of communities in their town,” adding that the trio will also be able to visit Monaco for local sightseeing and the global group’s facilities outside of Nice.

Representing the sponsors of the trip, Department of Economic Development and Tourism and its entity the Northern Cape Tourism Authority was the effervescent Jean Wilson who was at hand to bid the trio farewell. “We had a conference earlier this year with GTTPSA at which we had teachers from all over the provinces that are teaching tourism. It was meant to take them out of the curriculum and bringing them on board with regard to developments in the tourism space.”

Carnarvon’s shine in being home to the southern hemisphere’s largest and most powerful astronomical tool – the 64 MeerKAT telescopes, has also resulted in hordes of youth in the area acquiring much needed artisanal skills and now being faced with the prospect of employment in having undergone work-based experiential training. 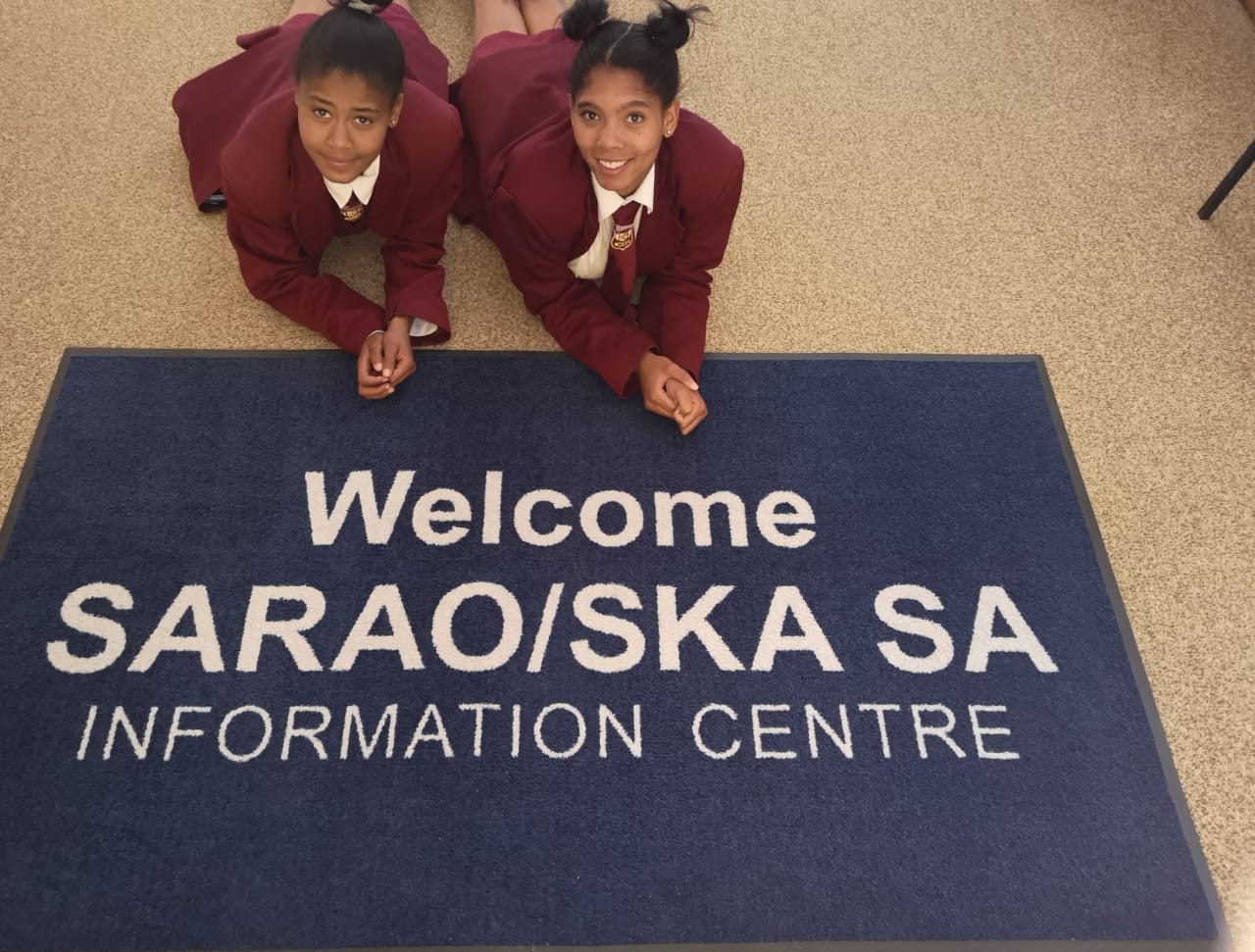 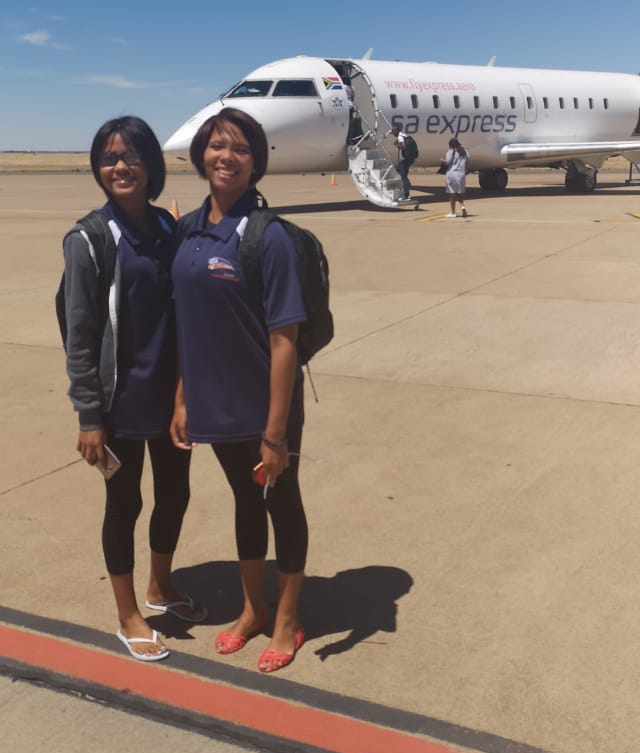 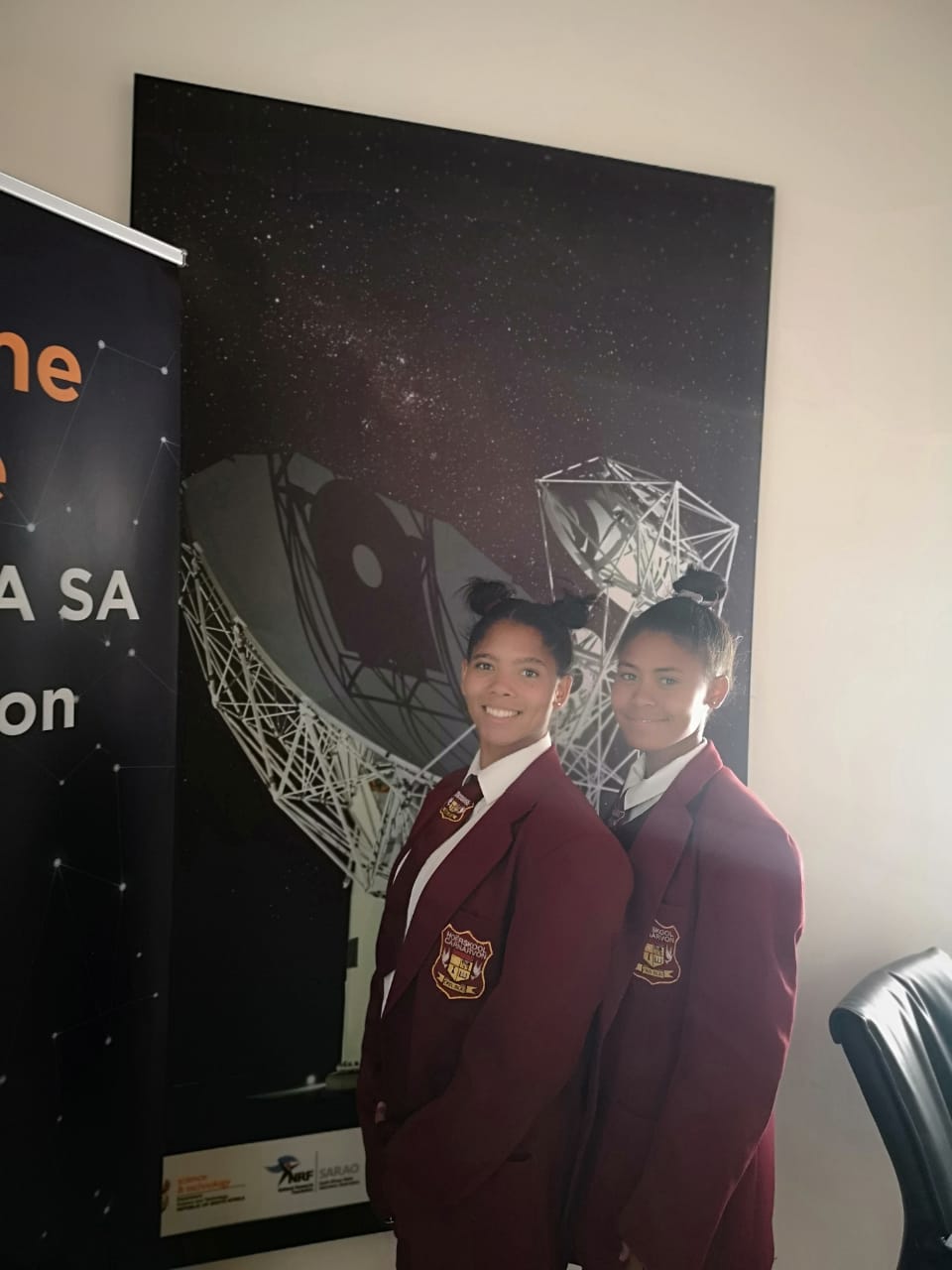