A citizens arrest was carried out against an alleged fraudster, a 50 year old female, in the Kimberley Central Business District (CBD) yesterday.

In a video doing the rounds on social media platform, Twitter, members of the public are seen mishandling the suspect amid having swindled off an elderly person an unknown amount of cash.

“Three females allegedly impersonated staff at two well-known retail outlets in Kimberley. Police sent out a warning to the public to be aware of these females dressed in uniform and name badges of clothing stores and supermarkets claiming they could assist customers with staff discount.

“The suspects allegedly take the valuables such as money and hand bags from customers and sends them into a shopping queue, while being assisted by an elderly lady. The elderly suspect somehow escaped from the victims together with the other two suspects. One of the female victims was vigilant and screamed for assistance from the community and police. One 50-year-old female suspect was arrested while two other suspects are still at large.

“Police confiscated a white VW Polo the suspects were travelling in and also managed to retrieve some of the valuables belonging to the two female victims. Police found some of the money of the victims, bankcards , cellphones and handbags on the suspect and inside the VW Polo. The suspect should be appearing in court soon.

“Anyone with information or who may have been a victim to a similar crime should please contact Lt Col Msimelelo Beni on 063 691 0926. The police investigation continues,” explained police spokesperson Brigadier Mohale Ramatseba.

“The Acting Station Commander in Kimberley, Col Belinda Rhikotso thanked the SAPS members from C-Relief for their swift response and commended the community for their quick reaction and assistance,” he added. 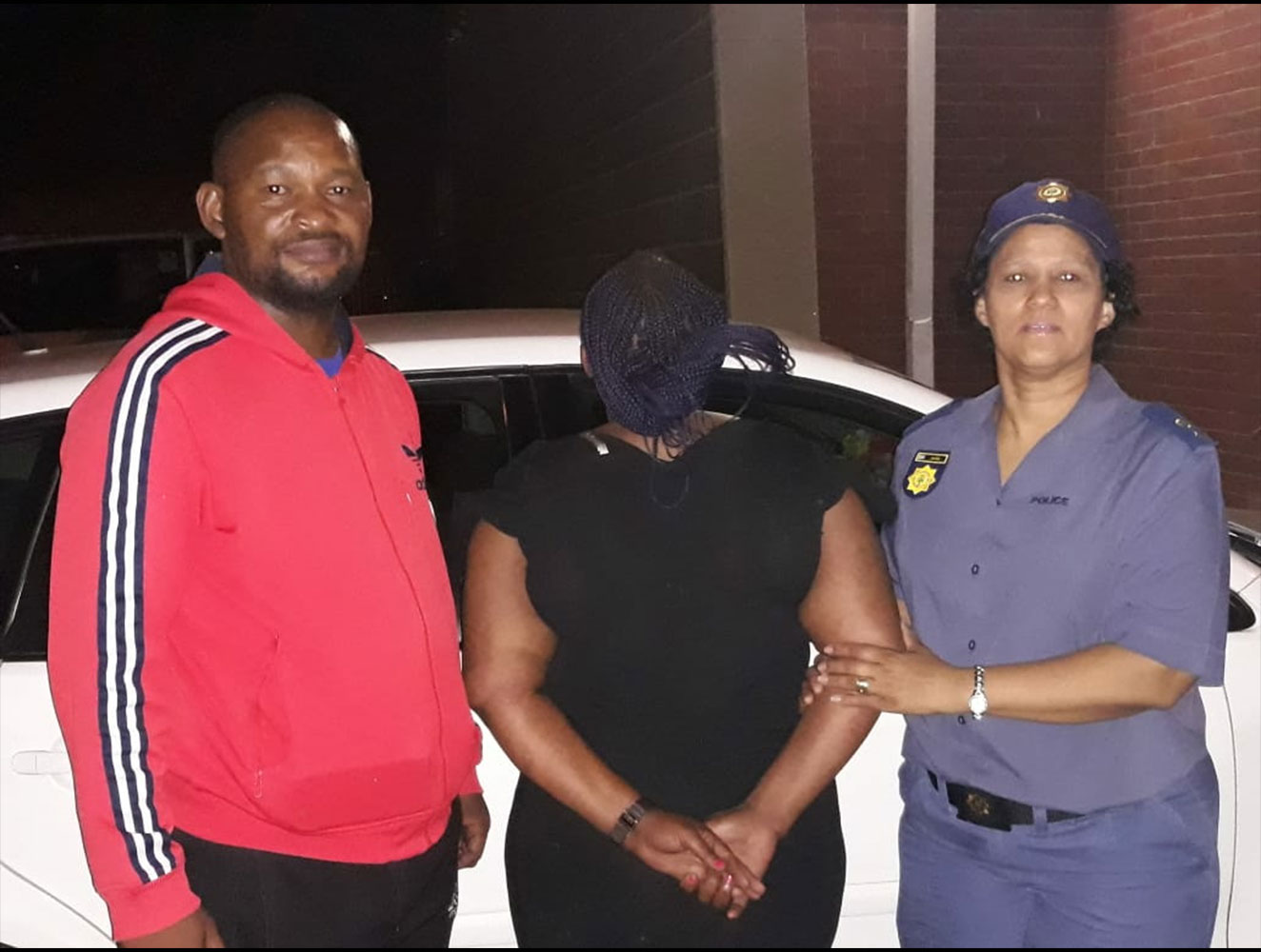 These ladies were caught outside Capitec ha Spitz yesterday with people’s cards and money. Please be careful. They came all the way from PE. #kimberley @DFANEWSPAPER @ncnnlive @mothibithabo pic.twitter.com/jNUph5CzCU