Kimberley – The doors are opened at Nare Boutique Hotel, the diamond city’s newest entrant in its luxury accommodation stakes. Significantly; it does not only guarantee to be a bed of roses for the discerning traveller. Nare, meaning buffalo in Setswana, adds its own strength in Kimberley’s quest of rekindling its sparkle and reinforces the Northern Cape’s modernisation mantra.

Perched at 2 Halkett Road, its architectural beauty flows into the elegance embedded in what could be best described as a “potpourri of fetching features.” Nod of approval number-one goes for its exterior.

This is where the talents of youthful architect Keamogetswe Locke of Locke Lekaone Architects designs its own imprint in modern-day architecture.

“Having studied the landscape of Kimberley and the Northern Cape, with its flat terrain and random trees and structures sticking out in a distance, we were inspired to go with the horizontal planes being contradicted by the vertical planes but still complimentary in how they play with one another. And this is what gave birth to the form of our structure,” elaborated Locke with a spark of industry progressiveness.

For Locke and company there needed to be synergy on all fronts of Nare Boutique Hotel’s construction, an exterior emboldened by all-round building aesthetics.

“With Kimberley having been at the forefront of Southern Africa’s industrialization (first city with in Africa with electricity) it called for something that can spark a light and inspire a new train of thought for a youth that has the potential to light up a generation and cast a spotlight on Kimberley, its achievements, its people and its future,” enthused Locke who took on the assignment five years ago aged 22.

In the lobby, one’s attention is immediately drawn to portraits of Kimberley-born and internationally acclaimed visual artist Trevor Stuurman that blends into the ambience enveloping Nare Boutique Hotel. Here too, the old meets the new with magical ease.

“The brief for the hotel lobby was to create an industrial hotel look. Due to a lack of space we thought it was an interesting opportunity to juxtapose the raw with the refined, the sleek and modern with the vintage and classic whilst creating a visual aesthetic that is not easily found in the South African hotel landscape.

“In our client being a well-travelled individual who desired a place that played with different kinds of materials, inter alia, steel, wood, stone and concrete, thus the industrial chic was conceptualised,” explained Noks Dlamini-Nxumalo of Hush Interiors.

The interior of the rooms at Nare Boutique Hotel holds its own in what may provide a dreamlike stay from soothing top quality bedding to total room comfort. 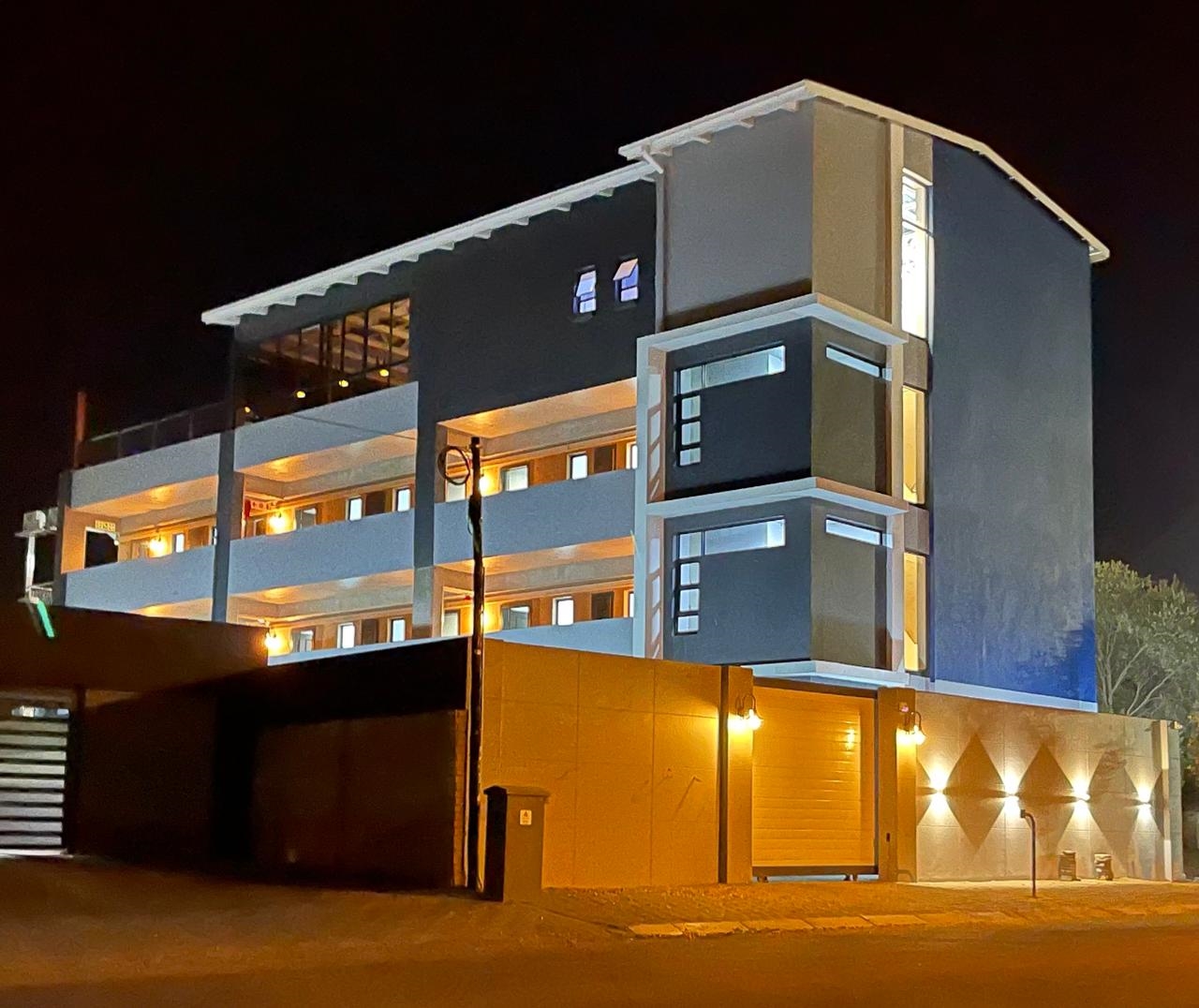 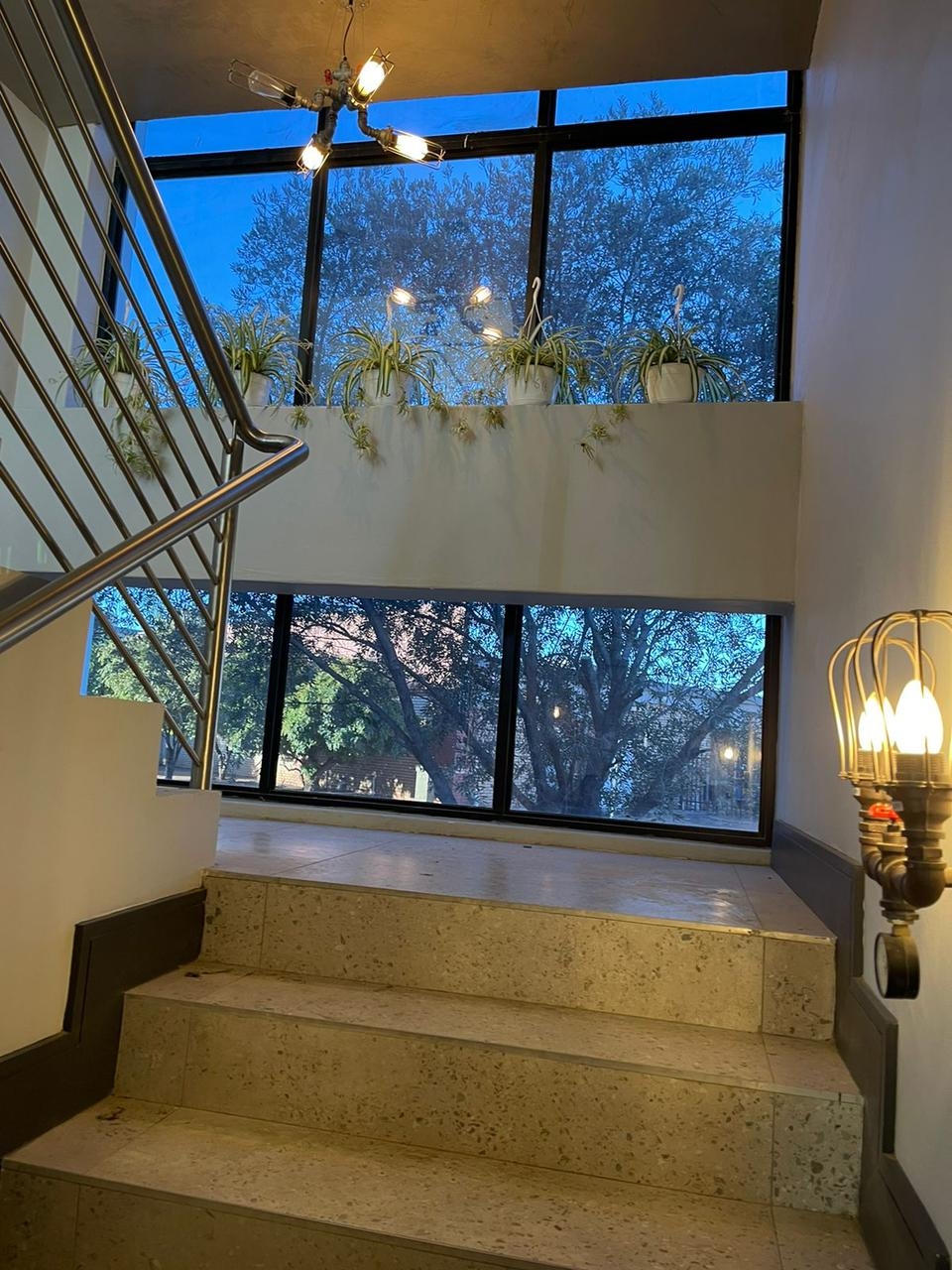 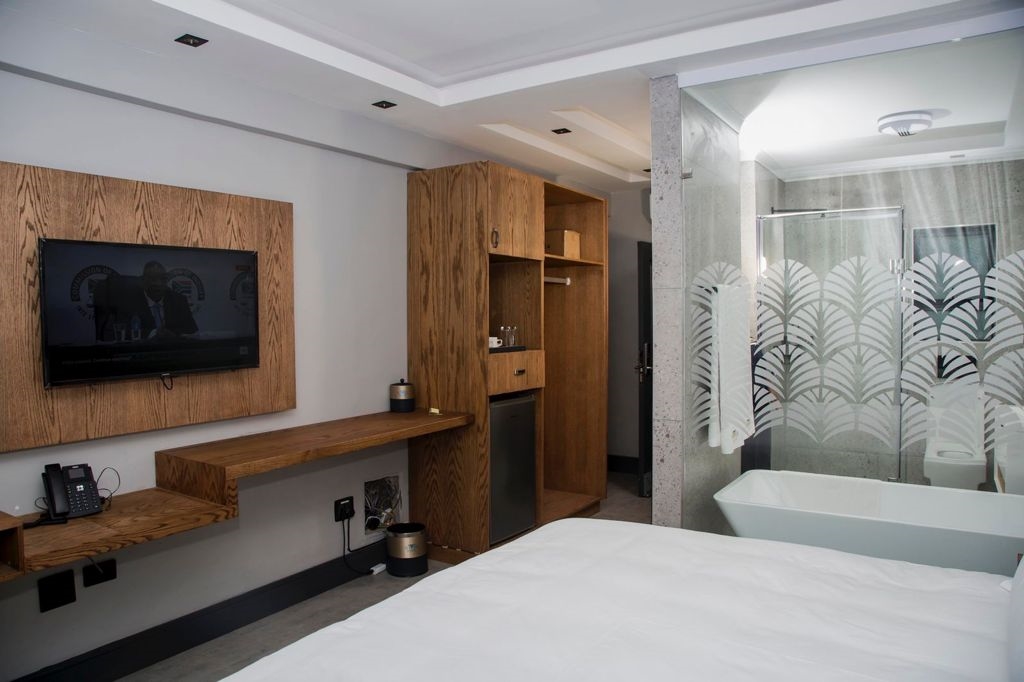 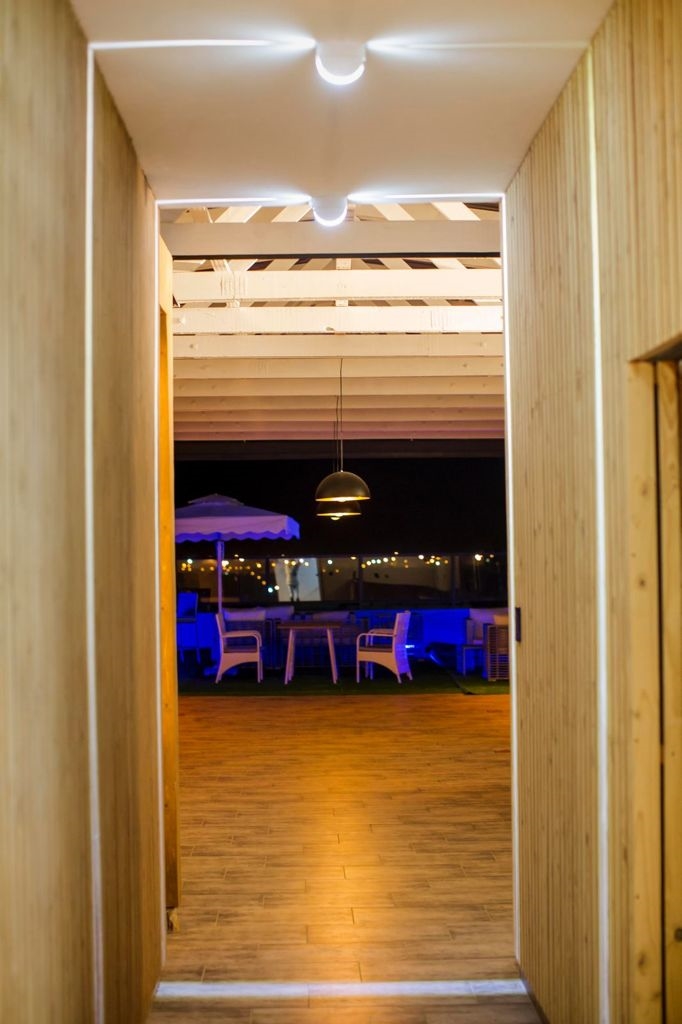 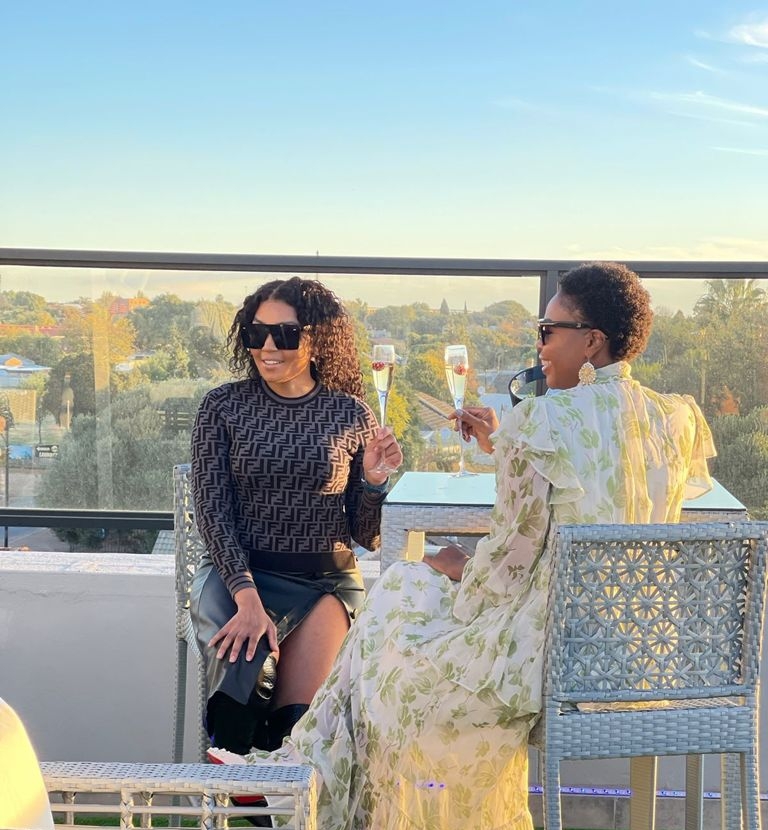 KIMBERLEY’S JEROME PIKWANE SHINES IN DIRECTOR DEBUT IN THE…