Kimberley – The provincial offices of the Department of Co-operative Governance,  Human Settlements and Traditional Affairs (COGHSTA) have been renamed after the late combatant of the ANC’s defunct military wing Umkhonto we Siswe Larry Moleko Louw.  The site used to be known as the JS Du Plooy Building, supposedly named after an administrator of the old Cape Provincial Administration.

In lifting the velvet veil covering the commemorative  plaque during the renaming ceremony, the deceased Louw’s wheelchair-bound mother Susan looked on with a broad smile as the Northern Cape Premier Dr Zamani Saul revealed the new name.

Dr Zaul exalted the MK operative with the combat name “Tony Zungu” as a rare breed in having sought “self-cultivation” by opting to pursue his tertiary studies on a fulltime basis upon his return from exile.

“What is quite intriguing is that when you go through his profile is the fact that when he came back with the unbanning of political parties, the first thing that he did was to go to a tertiary institution to start with a national diploma and went to the University of Cape Town and got a degree under very difficult circumstances.

“I am certain when he came back there were high expectations from the family ‘and told the family let us delay these expectations so that I can make a better contribution to the country.’ This speaks to what the ANC in 2012 spoke off, which is self-cultivation,” asserted Dr Saul.

The family and audience raptured into laughter when Dr Saul told them of what has beset government in bearing directors and municipal managers with only a matric certificate.

“This guy has got a matric and is in charge of people who have got degrees, who are trained. And we said this indignation must end,” he said, also citing cases of the individual who would seek deployment into government managerial positions despite being under-qualified but being hardnosed owing to being an ANC branch secretary.

“Comrade Larry led the way. When he came back from exile he did not sit around and wait for deployment,” he added.

Family representative Mangaliso Nkwe said Louw was part of a group that had opted to join MK in 1986 amid their arrest on accusations by the then South African Police  (SAP) security branch  of having burned to death an alleged police informant.

The deceased freedom fighter’s sister Granny Louw also fondly recalled: “I remember when he left he was not sure where he was going to. He said ‘you know what Gran we are going to come back.”

She too spoke into the circumstances of him being arrested and ultimately evading the system by joining MK in Zambia and ultimately Angola: “I remember this particular day when they were arrested and I had to drop food for him. They (the police) rejected the food explaining that he is in solitary confinement.

“I went to the back to speak to him through the window of Transvaal Road Police Station. I warned him that they were going to kill him and that he should behave. And, he responded ‘If they have to kill me for you to live better it is okay. He has always been a hero,” she said affectionately.

In hailing the freedom struggle contribution of Larry Louw, Premier Dr Zaul also conceded that many of his generation that left the country to take up arms against the oppressive apartheid regime paid the ultimate price.

“Some of them we were not even able to bring back their mortal remains to this country. They are still in exile and that is because of the sacrifices which they have made for the people of South Africa and to ensure that we going to destroy the oppressive regime of the nationalist party.

“When you speak of this generation of Comrade Larry Louw who sacrificed everything, their youthfulness, when he went into exile he was only 20 year-old, going into a foreign land and not knowing what the future holds but said for the sake of the people of South Africa and for the cost of the struggle I am prepared to sacrifice my youthfulness.”

He pleaded with COGHSTA officials to allow for the renaming to instill a sense of urgency and commitment in ensuring that they improve the quality of life of the people of the Northern Cape and in harnessing the vision for “a modern, growing and successful province” through infrastructure investment which the department is responsible for.

“We cannot sit with municipalities that cannot manage the sprawling informal settlements. We should have capacity to do that. So if we say we honour and respect the sacrifices that Comrade Louw has made we should be able to respond to all those challenges.”

The Life and Times of Larry Moleko Louw: Born in Kimberley on 2nd August 1966. He was a young activist and member of the Galeshewe Youth Organisation (GAYO) and its student offshoot Galeshewe Student Organisation (GASO) that were affiliates of the defunct United Democratic Front (UDF) that was banned in 1987.

Like in most parts of the country, spurred by the formation of the UDF, Galeshewe was the hotbed of anti-apartheid activism and widespread rioting fueled by a Molotov cocktail (petrol bomb) clutching young firebrands that adored Winnie Mandela who often called for townships to be rendered ungovernable.

Louw, was part of a group that included the likes of Latlhi Mabilo, Prof Sekonyane, Khotso Flatela who resorted to waging a guerilla warfare as freedom fighters (Flatela who was with Louw in MK camps in Angola was killed by a landmine according to oral testimony presented to the Truth and Reconciliation Commission hearings held in Kimberley in 1996. Mabilo died at the hands of security forces in late 80s back home in a Galeshewe hideout, having been shot multiple times despite surrendering. Sekonyane is still alive and active within MK’s veterans association).

In ending up in Caculama (Angola) amid a short stint with MK in Lusaka (Zambia),  Louw received full military training in Rural and Urban Guerilla Warfare which resulted in him being promoted to Commissariat. He made it to the then Soviet Union where he furthered both his military and academic studies.

Upon the unbanning of political organisations, Louw was instrumental in the formation of the MK Military Veterans Association and resumed his activism in the ANC and SACP upon his return from exile. He acquired a diploma in Human Resources and a degree in Associates Business Management.

Louw past on in 2003 working for the provincial government after a stint in the private sector. 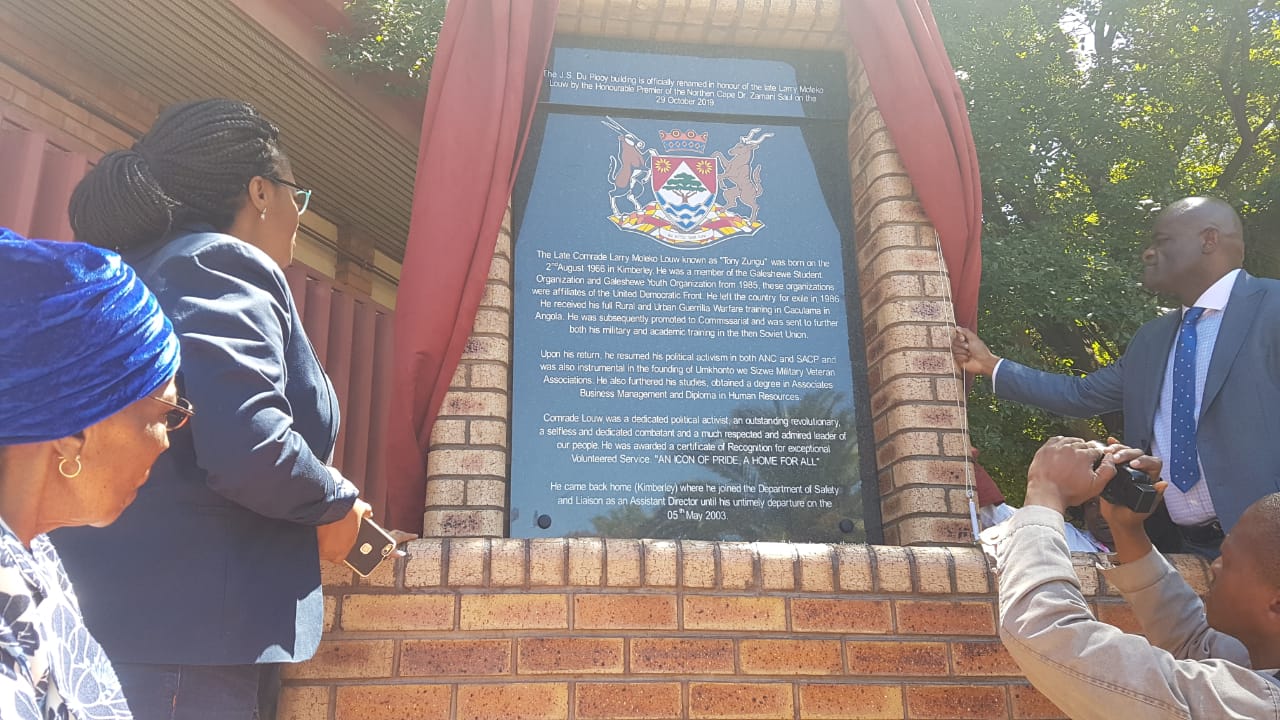 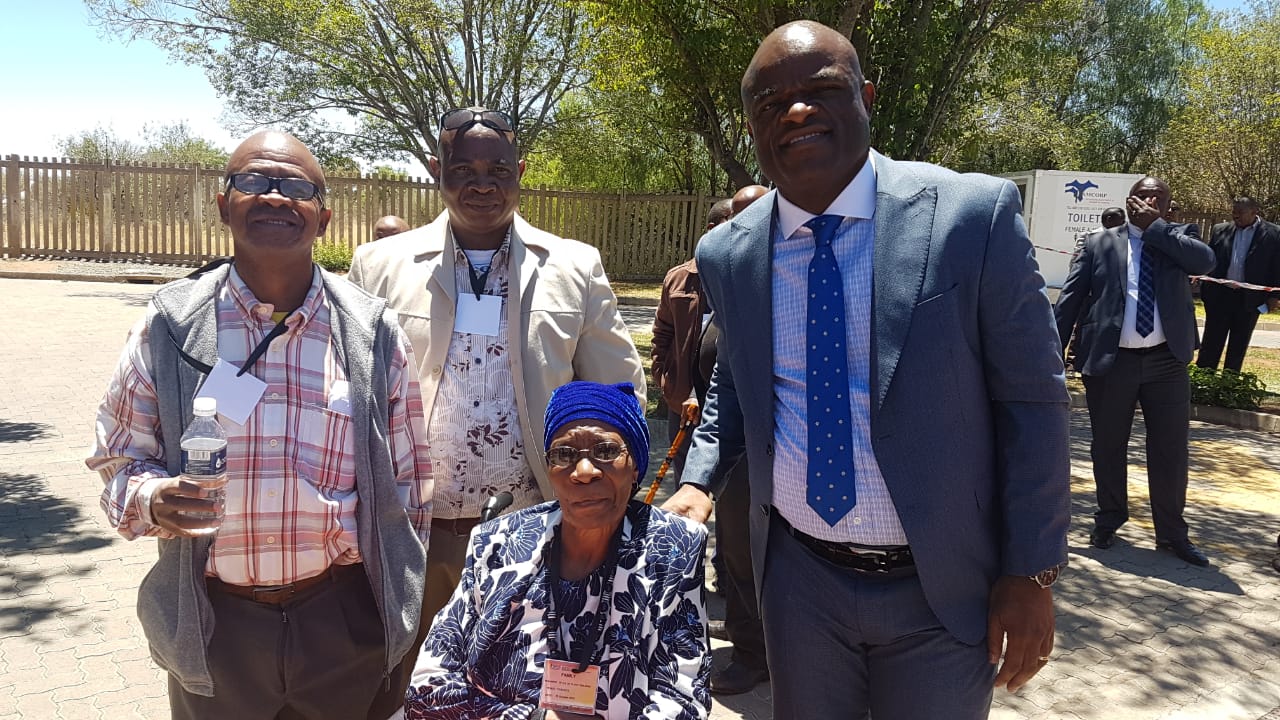 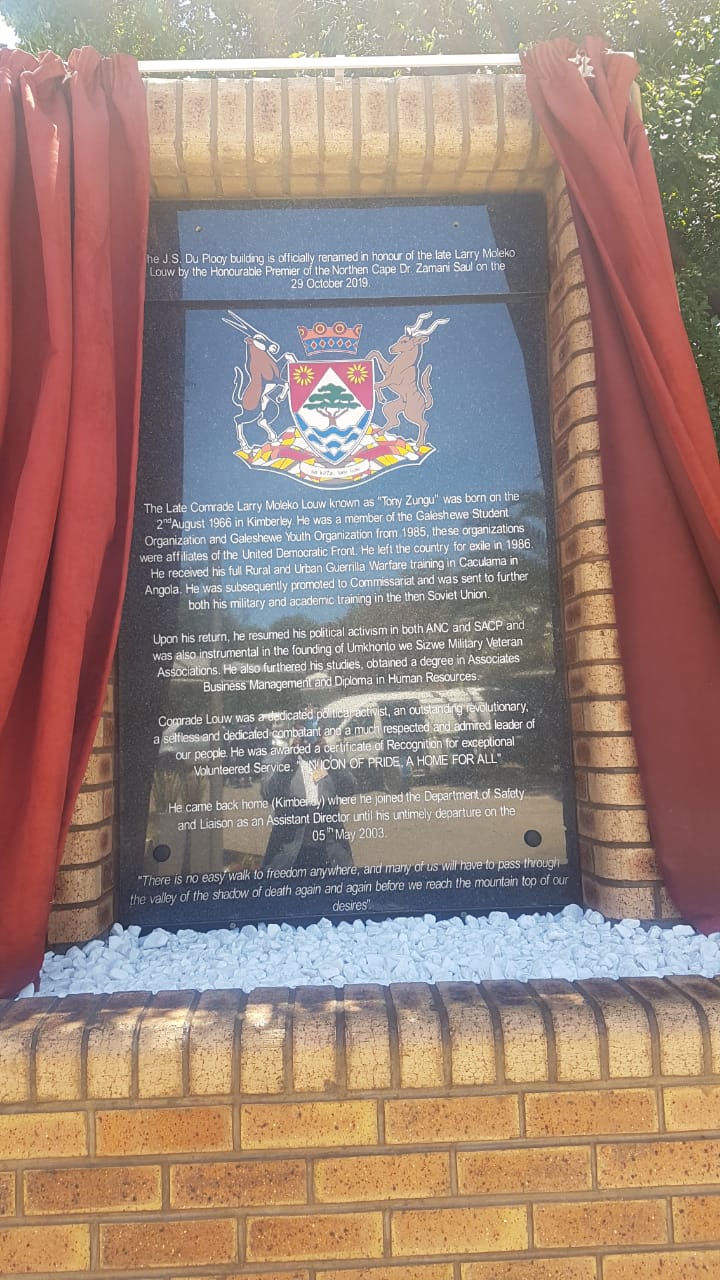 BIGWIGS MEET AHEAD OF LAND SPEED RECORD TESTS IN NORTHERN…