Award winning and iconic traditional musician Motlwaahatse “Laaities” Keupilwe who has distinguished himself as the Northern Cape’s best export in the genre will be laid to rest at Takeng Village outside Kuruman having been afforded state honours.

The Province’s Office of the Premier revealed that President Cyril Ramaphosa has declared an Official Funeral Category 2 for the legendary Keupilwe. According to the office the honour is reserved for “distinguished persons specifically designated by the President of South Africa on request by the Premier of a Province.”

Keupilwe passed on last week Friday 1 January, having immortalised himself as a leading cultural activist and performer. He was the revered group leader of the popular band Ngwao Ya Chona Setswana Cultural Group which he had founded over two decades ago.

“The President has instructed that the National Flag fly at half-mast in the Province on the day of the funeral as a mark of respect to the late Mr Motlwaahatshe Keupilwe.

“A Provincial task team has been set up by the Premier, Dr Zamani Saul, with representatives from the Keupilwe families and different government departments that have been involved in all aspects of preparing for the funeral,” explained Premier’s spokesperson Bronwyn Thomas-Abrahams.

Owing to Covid-19 pandemic protocols, it has also been confirmed that the Premier Dr Zamani Saul and a select number of mourners representing provincial government and the family will be allowed to pay their last respects. Members of the public and media are expected to follow the live streaming of proceedings on the provincial government’s social media pages. The funeral is set to start at six in the morning.

He greatly influenced the music scene in the country across many generations; inspiring, entertaining and educating society through his secular and traditional songs. Laaities, as he was affectionately known, covered the teachings of life, social culture and was well known locally. He has won several music awards ranging from the South African Traditional Music Awards (SATMA) for the Best Setswana Album and recently won an award for the Best Setswana Traditional Music Legend. He was indeed one of the best Setswana Poets and Praise Singers of his generation. 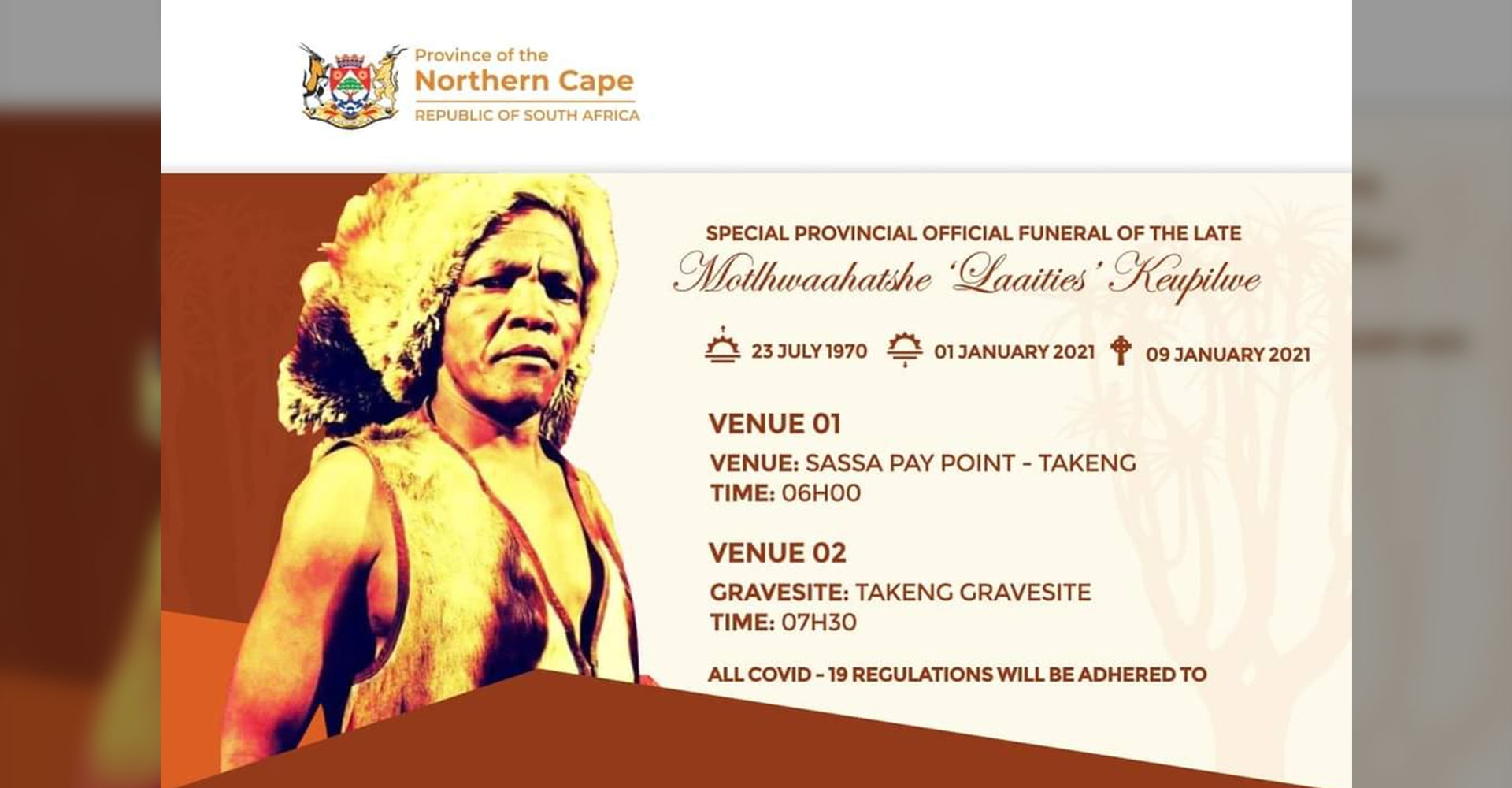