Kimberley – The Democratic Alliance (DA) says the Northern Cape will be governed by it after the 2019 national elections. Speaking in Galeshewe which was the hotbed of anti-apartheid activism and has been the bedrock of the ANC’s electoral support, DA leader Mmusi Maimane announced the party’s provincial leader Andrew Louw as their Premier Candidate for the Northern Cape.

Speaking to NCNN.Live flanked by Louw, Maimane committed the party to grassroots campaigning, albeit shying away from declaring whether the party bears a war chest for the DA’s electoral battle in the province, when asked.

“Resources are always limited but I think we have a capable team that will go out to all the communities. One of the greatest challenges is the vastness of this province, travelling from one end to another.  So we will provide as many resources as possible to get there. But, I think our people will come. One of the things we seeing is that South African’s are so desperate for change that they pulling together resources and saying we will work and do whatever is possible to bring about the change.”

Earlier in responding to being unveiled as Premier Candidate, a buoyant Andre Louw asserted: “We want to go into this Galeshewe because not so long ago this Galeshewe where I and many people were born and raised was a no-go area for the DA. But, we have made Galeshewe our home ground.

“And we want to tell Sylvia Lucas and her team, to say, julle moet vir oulaas klaar speel because change is coming and that is the change we will make sure that the people of this province, they will get a better government that they deserve,” drawing a thunderous applause from the DA diehards that had packed Galeshewe’s majestic Batsumi Luxury Guesthouse.

With the Galeshewe factor having being dominant, Louw repeated himself in the NCNN.Live interview, having flagged in his address the wave of recent community violence in Galeshewe and Kimberley, stemming from protests calls over the resignation of Sol Plaatje executive mayor Mangaliso Matika.

“Now more than ever before I think the people of Galeshewe in particular and elsewhere are ready for change, they are ready to vote for the DA because when you look at the percentage and the number game for the last election that we had here in Galeshewe, we talking about a total growth of people that voted for us was 8600 people. Never in our history did one ever think we will be able to make those kind of inroads.”

The ANC secured 64.40 % and the DA 23% in the 2014 national polls. Whilst the 2016 Local Government Elections does not for now pose as a yardstick which the DA could use to eye the provincial governing party throne with, having acquired 24.85 % of the votes against the ANC’s 58.26%.

Political analyst at the University of the Free State Sethulego Matebesi predicts a growth not beyond 27% for the DA in the province. “The ANC in the Northern Cape with all its internal challenges will be buoyed by the new provincial leadership, which will unleash an election machinery that the opposition parties will find difficult to respond to. What the ANC has been doing very well during each election is not to depend to depend on turnouts at party elections rallies, but to ensure that as many of is voters do turn up at the voting stations.”

Matebesi also opined that the DA will need strong support from other opposition parties, which he said “will be difficult to attain” in governing the Northern Cape.

However, when asked about whether the DA was reading itself for a coalition in the Northern Cape in the wake of next year’s national elections, Maimane cautiously pointed out that “the number one objective is to remove the ANC with an outright majority” and being the “biggest party.”

With both Maimane and Louw having accused the ANC of being “complacent in governing,” it appears that the DA’s electoral messaging will largely hinge on corruption and instances of a lack of service delivery. The name of former ANC chairperson John Block was also bandied about, with Maimane having praised Louw for being brave in having stated much earlier to Block “this man must go.” 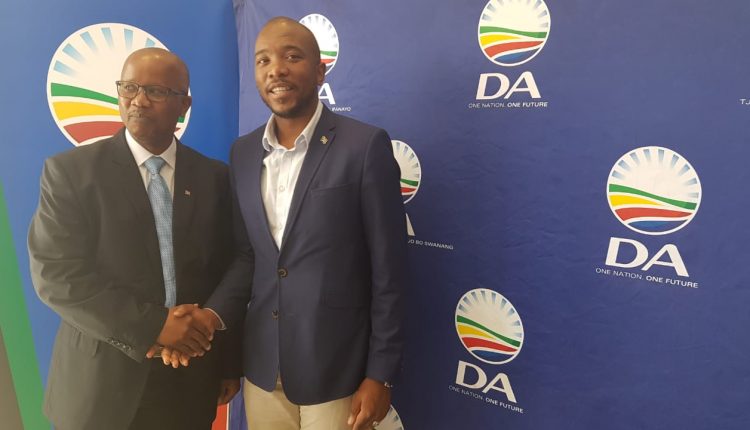 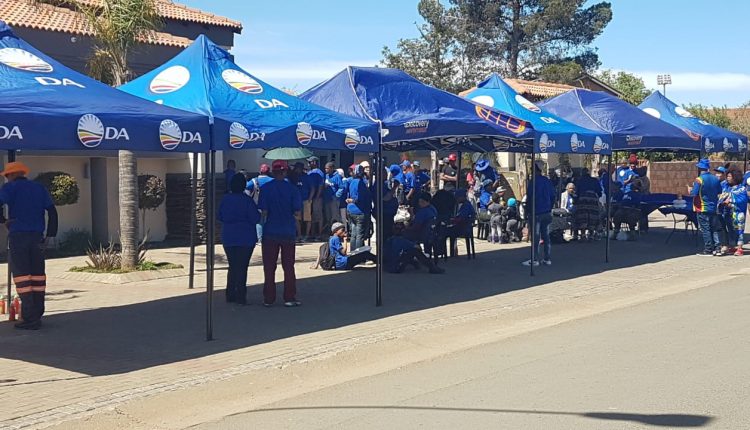 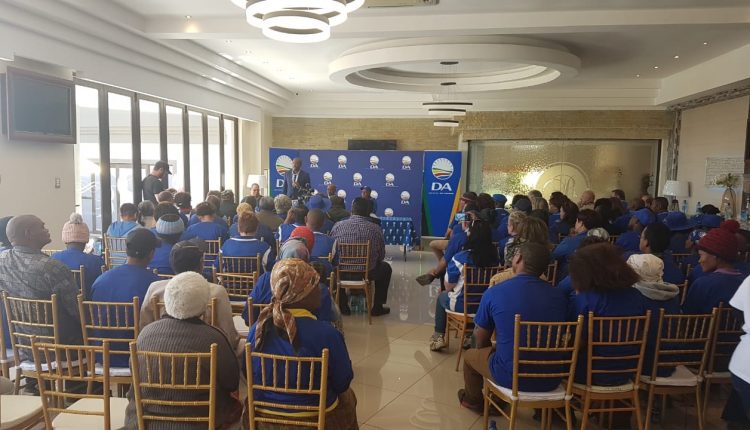