Kimberley – A heroic act is gallantly being waged in casting into popular history the heroics of the colossal anti—colonial revolutionary Kgosi Galeshewe and the tragedy of his people’s stolen land by British forces in the late 1800s and the ensuing years.

The Galeshewe Theatre Organisation (GATO) will again be staging the multi-genred, Phokwane Chronicles. The play is an outstanding testament, chronicling the bitter colonial land dispossessions against the Batlhaping in the preceding years to the enactment of the draconian 1913 Natives Land Act under the Union of South Africa. There are other efforts unfolding with its return.

“Our production schedule is as follows; 15 November 2019, at the Northern Cape Theatre will be the opening night. The launch event will be in the foyer, leading to the performance on stage. The production will run until 26 November with tickets going for R50 and available via computicket.

“We will have a mini-pictorial exhibition of the events that started at Phokwane, ahead of the battle of Langerberg with images of key trialists alongside Kgosi Galeshewe and those who were sentenced to death. It will be historical in that it will speak to the origins of the Batlhaping,” explained Thaboentle Motlhabi, marketing officer of the Galeshewe Theatre Organisation.

With Phokwane Chronicles having gained a nod of approval by bagging the coveted Standard Bank Special Merit Ovation Award for Excellence at the renowned assemblage of theatregoers, the National Arts Festival held in Makhanda last year, a crusade is to be embarked upon in reaching a broader audience.

“We are hoping to have runs in major theatres. Invites have also been extended to major South African performers and theatre producers in the country. We are planning to extend our performances to schools next year, particularly schools in the districts of John Taolo Gaetsewe and Frances Baard where the events of the play occurred,” he emphasised.

The visionary quest in writing and directing Phokwane Chronicles comes from the acclaimed TV and stage actor, Moagi Modise, a Galeshewe-born native who is of Kgosi Galeshewe’s Batlhaping lineage.

“I first got to hear the story of Galeshewe The Warrior King in my pre-teen when my great-grandmother told me about the heroic deeds of this mythical king. At that point I thought the story that I was told was just like the stories I used to hear, African folklore Phiri le Phokoje (Hyena and the Jackal) Tselane le Dimo (Tselane and the Monster) and Masilo le Masilonyane.

“When I became aware of my environment, that I actually live in a township named after a hero I was told about, so there must be truth in what I was told about and my interest was pecked anew. I started making my research and lo and behold, what my great-grandmother told me, actually was what the history documents had recorded,” said Modise who has also endeared himself to lovers of TV sitcom Stokvel in which he played the character Budget.

Synopsis of Phokwane Chronicles: Twice (1878 and 1897), the small community of Phokwane, armed with a few guns rose up against the colonial British Empire. When it was over, Phokwane was razed to the ground and 15 of the so-called “Ring Leaders,” including Kgosi Galeshewe stood trial for their part in the rebellion.

Facing the death sentence, Galeshewe shocked both the colonial empire as well as the global public when he pleaded guilty to the murder of the Broome family and to charges of sedition. This, however, was his strategy for defence. He and the Batlhaping nation he represented did not recognise the actions of the British in taking control of the Batlhaping land. Kgosi Galeshewe rejected the colonial narrative that he had signed papers to that effect.

His love for his people, and his resolve to stand up to the unfolding injustice at all cost, underpins the respect accorded to Kgosi Galeshewe until today.

Production:  The production was launched at the 2018 National Arts Festival in Makhanda, clinching the Standard Bank Special Merit Ovation Award for Excellence. It features both emerging and established actors, musicians, crew and choreographers drawn from the Northern Cape and with national support.

In having been posthumously bestowed with the Order of Mendi for Bravery in Gold by the Presidency in 2010, Kgosi Galeshewe’s lifestory is inextricably linked to the rebellions that this revered Batlhaping royal led against British colonialism and the wanton theft of land that resulted in the natives being disenfranchised.

“For nearly nine months, Galeshewe displayed his battle skills as he led an armed force against the oppressors in a rebellion. He remained true to his belief and undeterred to fight for what he stood for.

“Thrust into the chieftaincy of the Batlhaping Tribe of the Setswana speaking people when he was born in 1840, Galeshewe was to become of the heroic figures who fought colonialism with stealth, always at the forefront of protecting the interest of his people against British colonisers,” read a statement from the Presidency at a time of the honour being conferred.

Kgosi Galeshewe was imprisoned during various intervals, 12 years imprisonment in 1878 together with Kgosi Luka Jantjie following an attack on Cape Colony imperialist forces at Cornforth Hill near Taung. Years later in 1897, Kgosi Galeshewe unleashed another attack, now known as the Langeberg Rebellion. Kgosi Jantjie was killed and Kgosi Galeshewe imprisoned at Cape Town’s Breakwater Prison which has been transformed into a hotel; Protea Hotel by Marriot Cape Town Waterfront Breakwater Lodge. There are other accounts of Kgosi Galeshewe having also been imprisoned at Robben Island. Kgosi Galeshewe lived in the township of Greenpoint upon his release and died in 1927 at Modutung near Hartswater, a village which is part of 13 others under chiefdom of Kgosi Obakeng Allicious Mothibi of the Batlhaping ba-ga Phuduhutshwana ba-ga Mothibi who are set to be incorporated into the Northern Cape.

Current Day Kgosi Galeshewe Citations:  The South African National Defence Force’s Kimberley-based reserve force Vaal River Anti-Aircraft Regiment was in August 2019 renamed Galeshewe Anti-Aircraft Regiment and in the early years of South Africa’s democracy the navy named its anti-piracy patrol vessel SAS Galeshewe in 1997 (used to be a battleship but was upgraded in the financial year 2012/13 into a patrolling vessel in the Mozambique Channel but is reportedly now being used for training). 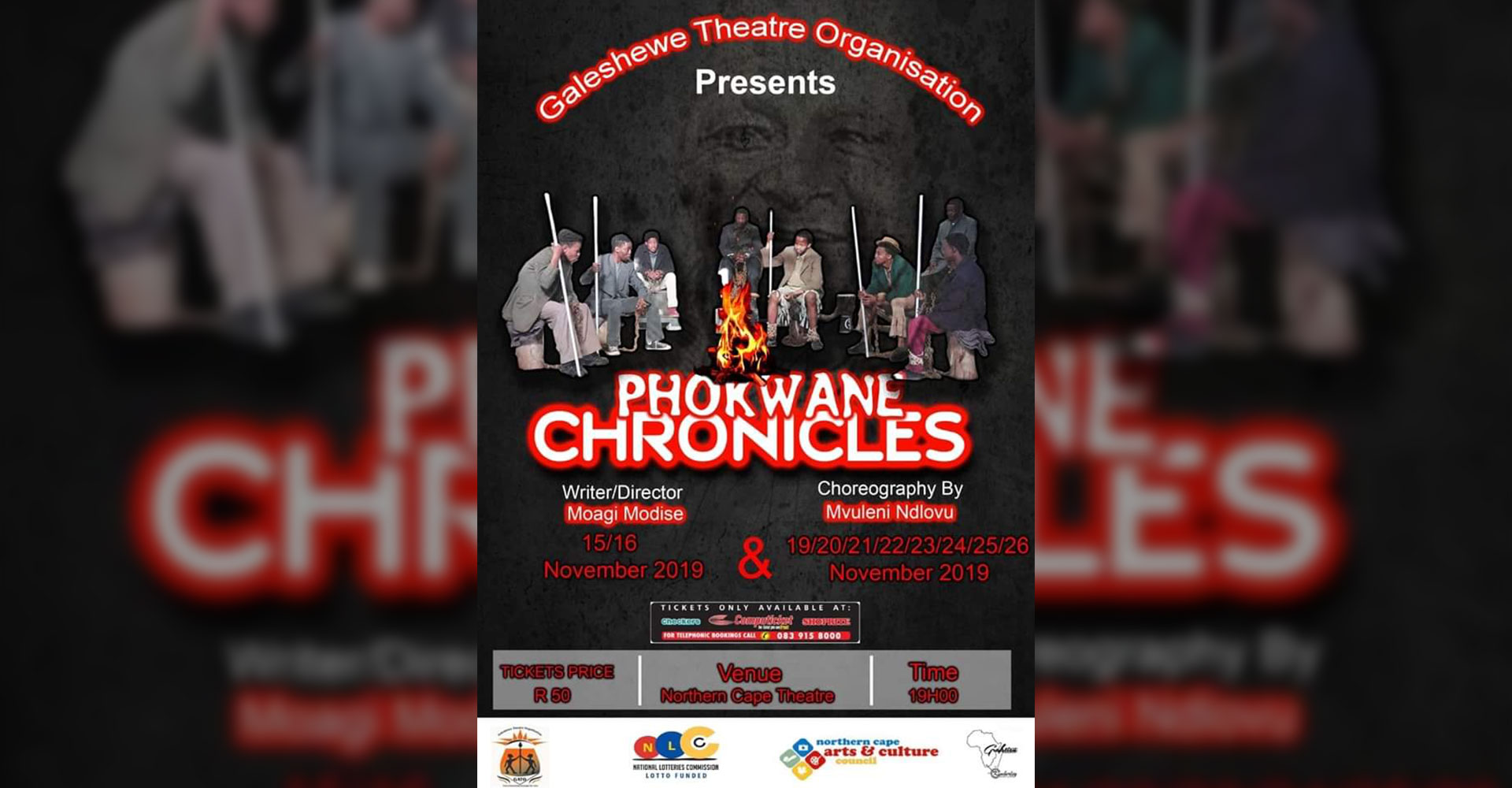 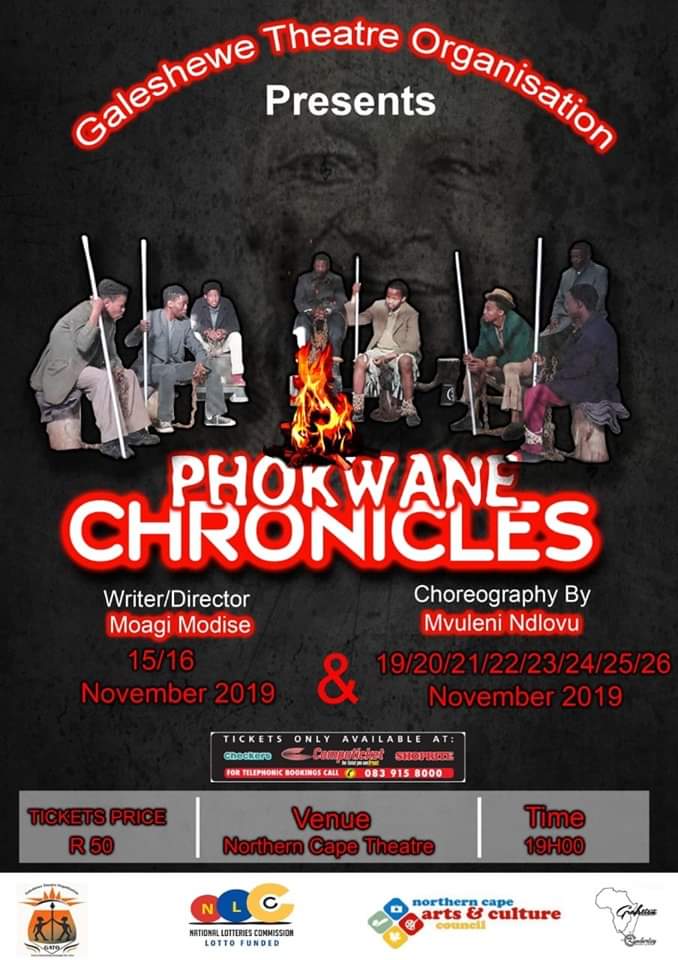 NCAPE’S MARK MY WORDS COMPETITION TAKES OFF TO A RESOUNDING…