Kimberley – The ANC in the Northern Cape is on a charge of rebuilding the provincial government. Speaking at a media briefing into the outcomes of the one-day Provincial Executive Committee (PEC) Lekgotla held yesterday, the party’s provincial secretary Deshi Ngxanga unveiled the tasks set for the Transitional Committee that will steer government towards a new path.

“service delivery audit of the 5th administration; gathering of information on long term contracts of government, especially relating to that of senior managers, auditing of vacant positions in the provincial government; assessment of capacities in Ministries; deployed cadres must overcommit departments on any type of contracts that might adversely and financially affect the provincial government,” he said sternly.

With the ANC in the province having lamented a lack of implementation of its policy directives by government, Ngxanga pointed out that the Cabinet Lekgotla that is currently underway is discussing the implementation of the PEC Lekgotla’s resolutions and the ANC’s Election Manifesto.

The change of guard posture post-elections is also set to display itself with a skills audit being undertaken in all government departments. However, on the lifestyle audit, Ngxanga was not specific if the ANC would also target government officials and not only politicians.

On the service delivery front, Ngxanga pointed out the two summits would be held; one on education aimed at improving state of education in province and the other on local government “to deal with pressing issues relating to municipalities.”

Public healthcare also came into sharp focus amid media reports of ailing service delivery: “Provincial Treasury should work in collaboration with the Department of Health in order to fill critical posts, this is to ensure that the state of health in the province is improved to an extend of optimised delivery of services,” explained Ngxanga

There could be some relief for unemployed young people should the Northern Cape Youth Business Development Fund be established as resolved upon by the PEC Lekgotla. According to Ngxanga, Premier Sylvia Lucas is expected to provide details into the fund in her State of the Province (SONA) address of this week.

“The ANC in the province has entered a period of renewal and rebuilding, as we focused on delivering of an overwhelming ANC electoral victory for the forthcoming elections in the May 2019. As the ANC in the province we are committed to create a better life for all, to improve service delivery and to build strong local municipalities, and to fight all forms of corruption in our province,” added Ngxanga. 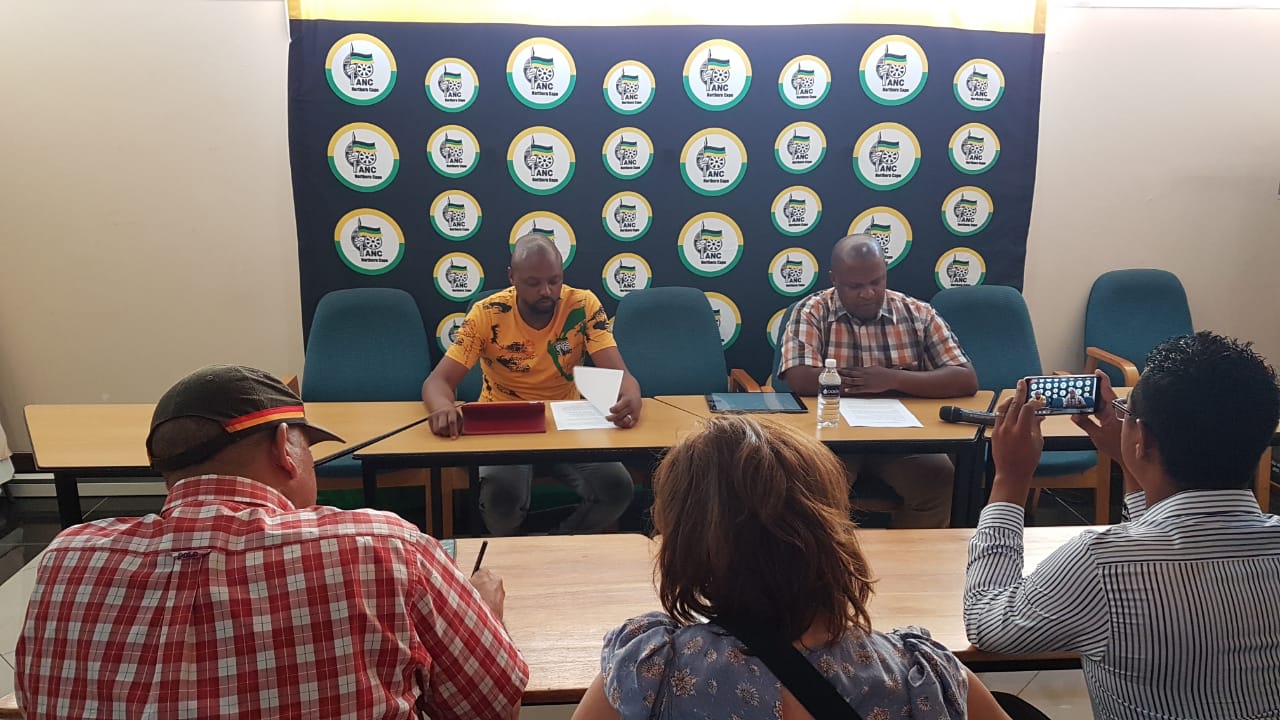