THE REVIEW: GALESHEWE ON FIRE

We rose in unison, giving the production of Galeshewe On Fire a standing ovation in its second day of staging, Saturday 22nd, at Galeshewe’s Mayibuye Multi-Purpose Centre and if you have not seen it, Monday at 19h00 is for an all-out-effort in catching up with this brilliant casting and freedom struggle account.

Interplay: Masterstroke, the production instantly captures attention with the audience being implored to rise for the singing of the national anthem, but, gobsmacked in that, at that very moment the play had actually started.

The Set: Kudos to the producer and the rest of the crew for having work with aplomb in creating a stunning set with a meagre budget. It is only talent and a firm resolve that can birth such a splendid and gripping display that revolves from scene setting to relevant sound effects.

The Cast: I arrived an hour earlier to witness the behind the scenes which mirrored their devoted commitment and it ended, deservingly, with the rest of the audience giving the cast a standing ovation at the end of the production for a professional act that might have surpassed expectations.

Galeshewe On Fire bears a basket of talent. The iconic Ike Tau of the famed local Phakama Productions will certainly brim with pride in having to witness such artistry.

Research: Hail Tshepo Gaborone for excellent research in the writing of this production and (with crew included) for having gone the extra mile in conducting monologues with political activists of the 1980s era. Only two fault lines though, the invoking of the name Connie Molusi amongst those that were imprisoned on Robben Island from the Kimberley Terror Trial. As pointed out by then student leader Jomo Bonokwane, an aspect to do with the funeral service venue for Hutshe Segolodi could also be altered for some factual precision.

Balance: Gaborone and his younger brother Saintledger ought to be applauded in having brought some balance through the following; the Kimberley Terror Trial – not having brought it into the equation of the 80s turmoil would have been a travesty and an open invitation to a backlash.

Again in ensuring a holistic and an honest historical memory, having followed the Truth and Reconciliation Commission’s Human Rights Violation Hearings of 1996 – the play casts and brilliantly captures the death of Phakamile Mabija at the hands of the Security Branch police. The mid80s to early 90s divide of ANC aligned   activists against the Pan Africanist Congress (PAC) and Azanian People’s Organisation (AZAPO) is healed through the play – no suppression of their role.

Unassuming; the brutality of the police and generally the devilish nature of the apartheid system do make for some gripping stage play in Galeshewe On Fire. But, the focus also falls on the lack of accountability on the part of the ANC in relation to the death on foreign soil of uMkhonto we Siswe (MK) combatant Khotso Flatela. Through the play, it is evident that his mother Nombi Ethel Flatela is pained by not knowing where his bones are at and I am sure the same can be said in the case of fellow combatant Peter Tlhomelang and others.

Thought Provoking: With the names of the martyrs being spelled out from the time of the 1952 Mayibuye Uprising to beyond the 1990s, one is left to probe as to why the perpetrators and with the Security Branch police in particular, had collectively snubbed the TRC’s Amnesty application process which could have given an element of closure to the families of the many deceased. The production also triggers the mind by flagging the mysterious death of firebrand Mazza Nomateke and unravels the tragedy of activists who were left deranged owing to severe interrogation.

Past Friday’s act had reportedly drawn a full house and on Saturday it drew a heartening audience count and with Monday being the last, another full house is to be expected. Plans are afoot for Galeshewe On Fire to be staged at schools in the near future. 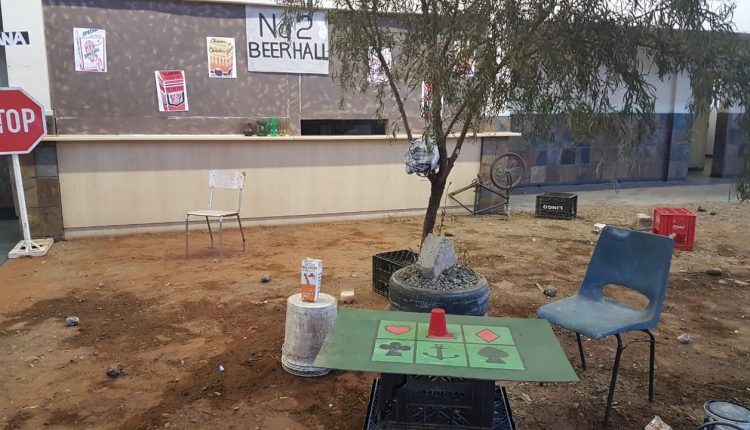 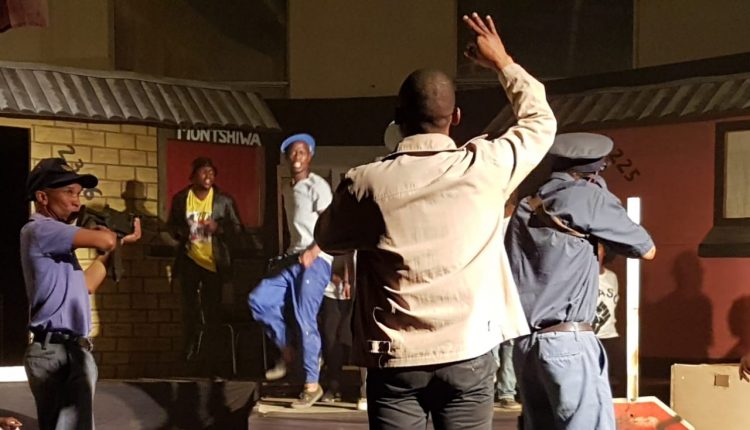 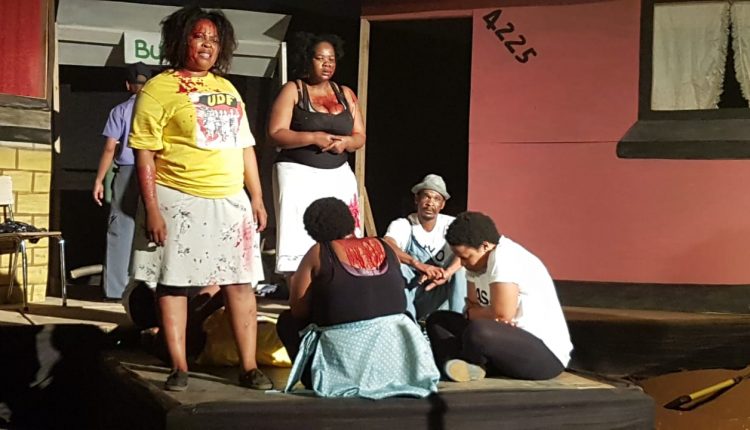 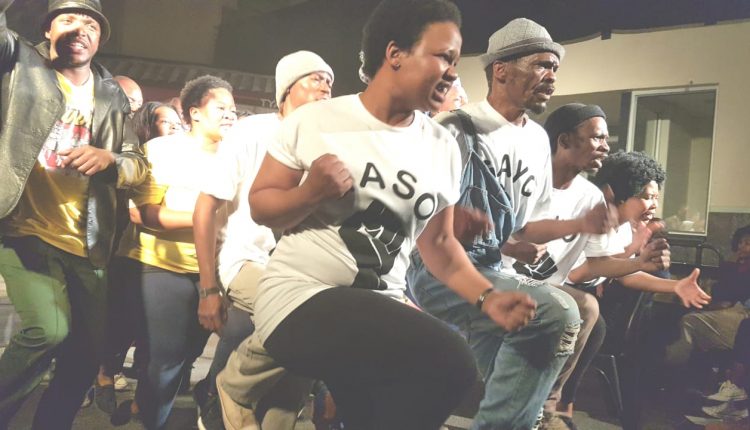 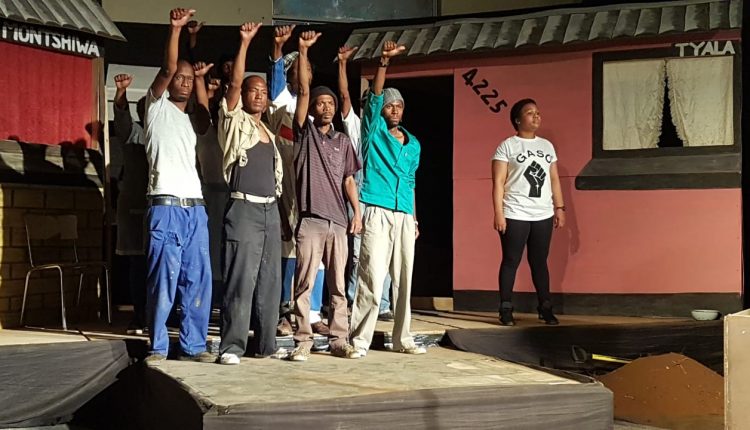 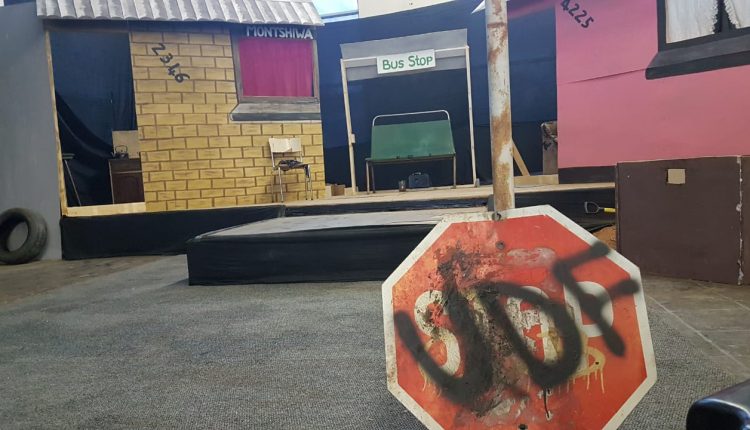